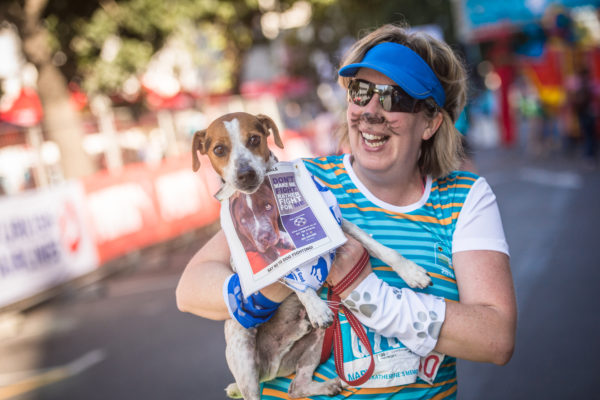 “We are excited to announce that as a result of the exceptional support received from entrants in 2016, we were able to handover an R80 000 cheque to The Cape Of Good Hope SPCA and a R40 000 cheque to the Die Burger Kersfonds,” says Michael Meyer, Managing Director of Stillwater Sports. “Words can’t explain how thankful we are to each and every runner for their contribution. We look forward to continuing our support of these two deserving charities and are motivated more than ever to host one of the largest and most celebrated sporting events in South Africa.”

Started in 1957, Die Burger Kersfonds is a non-profit organisation that aims to assist with the educational needs of less fortunate children, developing the youth’s leadership skills and giving children a home while they attend these different programmes.

“It is an honour to be both a media partner and a charity of the FNB Cape Town 12 ONERUN,” says Suzaan Potgieter, Die Burger Kersfonds Co-ordinator. “The donation has helped us in the race to get to our goal. We are able to give more money to the various causes that the Kersfonds supports.”

Established in 1872, the Cape of Good Hope SPCA (Society for the Prevention of Cruelty to Animals) is the founding society of the SPCA movement in South Africa and is the oldest animal welfare organisation in the country. A registered non-profit organisation and Public Benefit Organisation the society relies on the support of concerned individuals and corporates to continue operating.

According to Natasha Johannes, Cape of Good Hope SPCA Fundraising Officer, being an official charity of the FNB Cape Town 12 ONERUN enables the organisation to create awareness to a wider audience.   “We are extremely thankful to all those who choose to make their race count for more by supporting the Cape of Good Hope SPCA” says Johannes. “The money raised was allocated to our newly constructed Animal Care Centre which cares for and rehabilitates stray, abandoned, rescued, impounded and seized cats and dogs. We are both proud and excited to once again be part of the FNB Cape Town 12 ONERUN in 2017.”

Starting at Woodbridge Island in Milnerton, the route follows the coastline through the Harbour, past key city landmarks, including Cape Town Harbour, Grand Parade and the V&A waterfront, before finishes at the Portside building in the heart of Cape Town.

Charity Support: When entering online, runners can choose to support either or both the FNB Cape Town ONERUN Charities: The Cape Of Good Hope SPCA and Die Burger Kersfonds.

FNB Business is proud to be the title sponsor of the FNB Cape Town 12 ONERUN.  This sponsorship forms part of our ongoing strategy to support local and community events that focus on healthy lifestyle and family involvement, and impact the environment they operate in positively. Road running is an inclusive sport that allows us to engage with a larger audience and support sporting disciplines that advance our commitment to building, enduring and rewarding relationships across communities in which we operate. The fresh and unique nature of the FNB Cape Town 12 ONERUN is aligned to our belief in innovation; a belief that celebrates new ideas, fresh thinking and creating unique experiences. 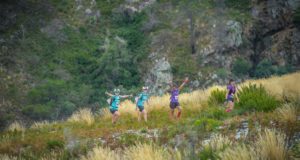