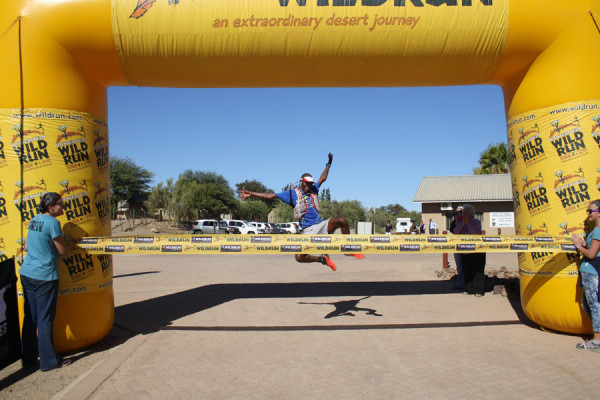 It’s all over and the fat lady has sung!

Today 33 runners completed the final day of the Richtersveld Wildrun™ 2015 in picture perfect conditions and brought this epic event to a close.

Truth is often stranger than fiction and weather conditions this year were a point in case. Each day was pretty much a carbon copy of the inaugural event in 2014, with the first two days being cold, wet and windy and conditions clearing up on day 3 for two spectacular last stages of desert running.

It was a tough four days and the number of blisters, strapped ankles and chafing is hard to calculate but it’s safe to say each and every finisher has a happy heart.

At the front of the field, the overall result was already decided when day 4 started with Thabang Madiba and Katya Soggot wrapping up the first three stages. However, Madiba was intent on claiming the record for day 4 and he set a fast pace from the get-go. He led the leading bunch to checkpoint and took off from there, opening up a big gap in the second half of the stage. He crossed the finish line in a time of 3:45:59, breaking Matt Hart’s record by approximately 5 minutes. 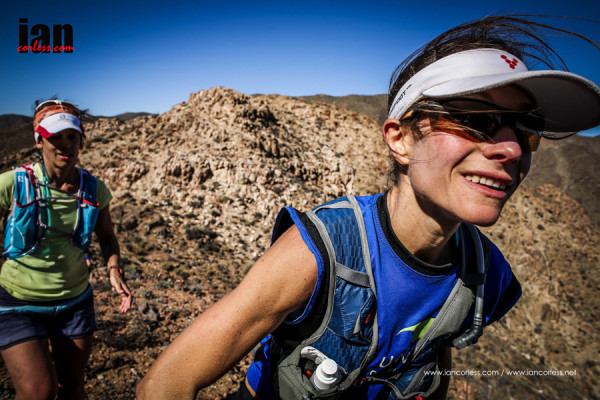 Katya Soggot on her way to victory at the Richtersveld Wildrun™. Copyright Ian Corless

The quality of his run was confirmed when the second runners came in 45 minutes later when Dayle Wheeler, Filippo Faralla, Katya Soggot, Nikki Kimball, Karoline Hanks and Georgina Ayre crossed the line together in a time of 4:29:04. Wheeler and Faralla taking second place and the four ladies claiming joint first place and also breaking day 4’s record set by Soggot in 2014.

Runners kept trickling in during the day and the last two runners came in together in a time of 10:05:24, ending a long day on their feet and a long, tough four days of running and proving their courage and commitment.

After four days and 150km, these 35 runners have all achieved more than they thought possible and can be proud of each and every finishing time. Now, time to start looking forward to next year’s run and see whether the weather will be any different.

Click here for full results and find more images in Dropbox at https://www.dropbox.com/sh/0s2k43u2cnmhf1v/AADk8YAitKvYMczLcrmuYvmBa?dl=0