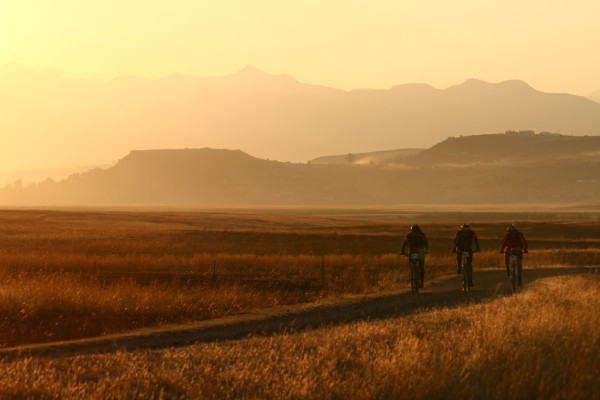 Tomorrow, Friday 5th June, the first batch of riders will set out from Pietermaritzburg, some seeking the coveted blanket that comes as the prize for completing the arduous 2,200km Race Across South Africa from Pietermaritzburg to Wellington, while others will be attempting the shorter 500km Race to Rhodes.

The Freedom Challenge comes at the end of a very full 1st half of the year, which includes most of South Africa’s iconic endurance events in various sports, and starts from the Maritzburg Town Hall, the very place where the 1st Comrades Marathon started back in 1921, just a week after the running of the 90th version of that famous event.

“The Freedom Challenge, however, is very different from races such as the Comrades Marathon”, explains race director Glenn Harrison. “This year will be the 11th year of Freedom Challenge, so we are still a young race by comparison”. In addition, Harrison points out that the race is unsupported. “While there are so-called support stations every 100km or so, where riders can get meals and rest should they wish, in between these stations the riders are very much on their own. There is a predetermined route which they are expected to follow, but riders are expected to navigate by map, compass and narrative as the route is not marked. The use of GPS is strictly forbidden. They must also carry their own equipment and gear, and are not allowed to meet up with any supporters along the route”, Harrison explains. “Unlike the likes of Comrades or Ironman, therefore, Freedom Challenge can be a somewhat lonely race, as riders pass through some of the more remote parts of South Africa, often only encountering a handful of people each day. 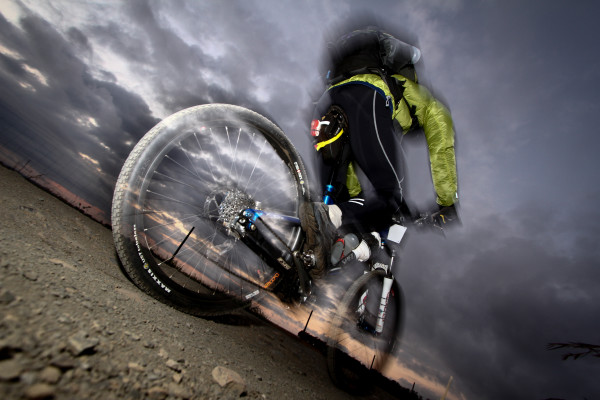 The race is unlike many others in that it also possesses some sizeable technical obstacles which have to be “portaged”. These include a 4-5 hour hike-a-bike up a ridge called Lehanas Pass, in order to cross the Drakensberg just before Rhodes. Various others include the spectacular Grootrivierpoort into the Baviaanskloof Wilderness area,  “Die Leer,” a rugged climb out of the Gamkaskloof and a final hurdle near the end,  the 6-7 hour portage up Stettynskloof near Wellington.

The Freedom Challenge is considered by many to be one of the more extreme events on the calendar – the long distances; challenging terrain; unpredictable winter weather; tricky navigation;  37,000m of total ascent and the non-stop format all seem to confirm this. “It’s not uncommon for riders to get lost, and for a few that has even meant sleeping out for a night in freezing conditions under an emergency blanket”  says Harrison. However, he is quick to emphasise that despite the daunting reputation of the event, completing it is very much within reach of the ordinary person, provided they apply common sense and bring with them a good attitude and a sense of adventure. “The key to successfully completing it is to focus on making steady progress and taking it one day at a time. With a cut-off of 26 days, there is sufficient time to pace yourself and actually enjoy the ride.”

At the sharp end of the field things are a bit different: “The exciting thing about the Freedom Challenge is that amongst those who choose to race it, it is extremely difficult to identify potential winners. While the contenders can be extremely competitive, the race is an amateur event, raced by people from all walks of life who have day jobs to go to. In addition, races of this nature are not that common on the calendar, so gauging the form of a rider is very difficult. That unpredictability makes it exciting, and there is every possibility that a relatively unknown rider could emerge from the woodwork to be a serious contender.“

The Race Across South Africa has had some illustrious past winners, the most well-known arguably being Martin Dreyer of Dusi Canoe Marathon fame, who set the current race record of 10 days and 15 hours back in 2012. He was chased that year by former winner and Everest climber, Alex Harris, who himself went under 11 days in the process.

Riders leave Maritzburg in batches of about 10 per day, starting on Friday 5th June, and continuing over the next 10 days. About 50 riders will be competing in the Race Across South Africa and 70 in the Race to Rhodes.

Following a race of this nature is interesting: riders will be carrying tracking devices and one can follow their progress as well as the regulare progress reports online at: