From Sand to Snow – Mannie Heymans to ride Snow Epic 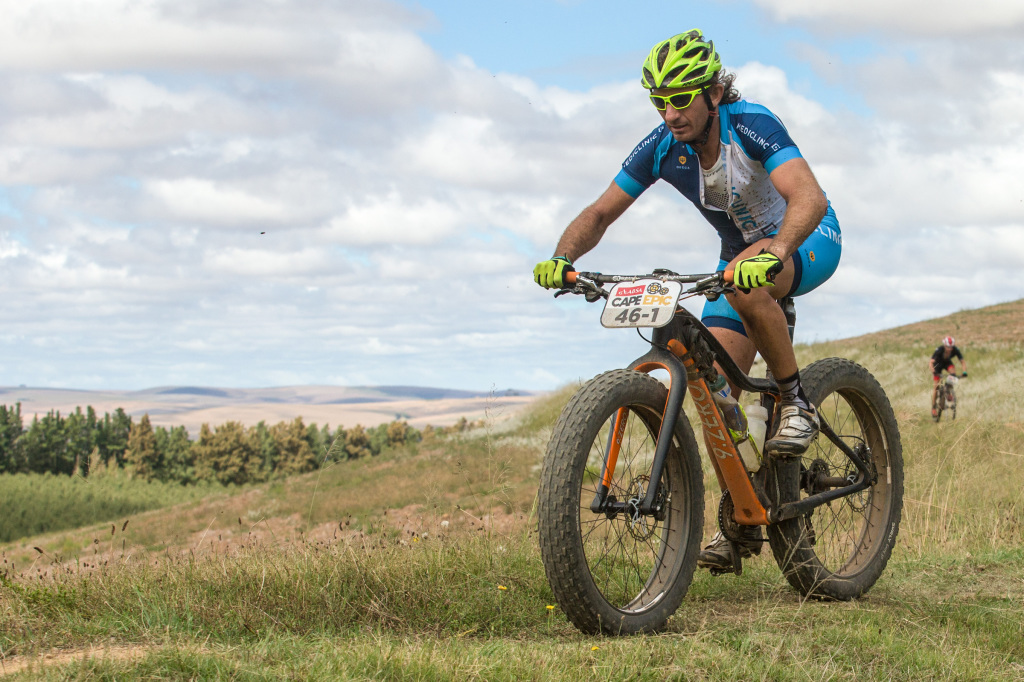 Earlier this year cycling legend Mannie Heymans became the first person to do the Absa Cape Epic on a fatbike. Now he will be swopping the sand dunes of Namibia for the ski slopes of Switzerland – and the first ever Snow Epic.

Heymans won the inaugural Transalp MTB stage race in 1998 and then the first Absa Cape Epic in 2004: can he notch up another landmark win in the opening edition of Snow Epic?

“I haven’t ridden in snow yet, but think I’ll adapt pretty quickly,” said Heymans, who has also represented Namibia at the Olympic Games. “I’m really looking forward to it: I want to go there, have fun and show them what us Africans are made of.”

Snow Epic, Europe’s first winter festival of biking, will be held in the idyllic Swiss Alps town of Engelberg from January 14 to 18 next year.

Riders will compete in five events over three days on trails and slopes normally reserved for skiing. The events will include a tough hill climb, a timed descent down a ski slope, a cross-country style loop in the Engelberg valley and a floodlit dual-slalom race. The riding will be done on fatbikes, the super-sized tyre phenomenon taking the world of cycling by storm. Snow Epic is being organised by the team that runs the Absa Cape Epic.

Heymans has himself become a fatbike fan, selling the bikes from his Windhoek shop and escorting rides through the Namib Desert. In March this year he chose to take on the Cape Epic, one of the world’s most gruelling events, on a fatbike. “The Epic is not an easy event and then to decide to do it on a fat bike … people thought I was crazy,” laughed Heymans afterwards.

He was riding the Absa Cape Epic to raise funds for SUNheart, the health care outreach project, and thought the best way to attract publicity was to ride a fat bike. Heymans sells the 9:ZERO:7 bikes which he used for the Absa Cape Epic. Fat bikes were designed for either snow or sandy conditions, and Heymans says his bike is great fun on the sand dunes of Swakopmund: “It’s awesome. You can’t believe that you can ride in those conditions. I can go anywhere that a 4×4 goes,” he said.

Some of the recent model fat bikes have front shocks but most depend on the large tyres – which can be run at very low pressure – for some suspension. But, as Heymans discovered, low pressure means greater rolling resistance and higher pressure makes for a hard ride: “It was quite tough on the body doing it without shocks. Sometimes the arms got more tired than the legs.” He ran tubeless tyres to reduce weight – the tubes weigh 400g each – and carried a 250ml canister of pressurised sealant as a standby pump. He lost air on Stage 2 and the sealant comfortably filled the large volume tyre. “Once you get the feel of its handling the bike is a lot of fun. It can be a bit tough on twisty sections but is great on fast sections. It was super stable and not too heavy – my bike was just under 12kg,” says Heymans.

In the event he and partner Helmut Weich finished a highly credible 131st – outstanding for a bike that is designed for terrain not often encountered on the Absa Cape Epic route.
Would he do it again? “If I wanted to achieve something (such as raising money for a charity), but the Cape Epic is hard enough already…”.