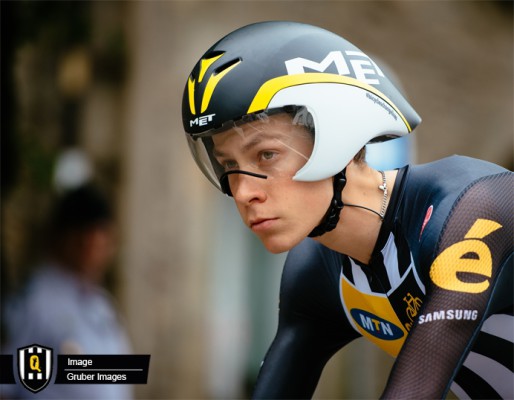 We are extremely sad to announce that our young South African climber, Louis Meintjes, will abandon the Tour de France today.
It was our team’s goal to finish our debut Le Tour with all 9 riders but rider health is our team’s first priority and Louis will be unable to take the start of today’s 18th stage. Louis is only 23 years of age and we see him as Tour de France GC contender of the future. His health and recovery is our main concern at this point in time.

Louis fell ill yesterday morning, he battled through the 17th stage but finished in a lot of pain. He was taken straight to hospital and he will spend another night in hospital today for further observation. It was discovered today that Louis has Gastroenteritis, causing his severe stomach pain.

Unfortunately Louis Meintjes came down with quite a sudden illness yesterday morning. He struggled through the stage yesterday and I still don’t know how he managed to finish the stage. By the time he got the finish line he was in severe pain and quite dehydrated as well. He was taken in the ambulance straight to hospital where he was resuscitated on intravenous fluids and given some medication. After some investigations, we found he has quite a severe case of gastroenteritis. We don’t know the exact cause of how he picked up the bacteria but he is doing much better already. Unfortunately there is just no way that he will be well enough to start today’s stage. Louis will spend another day in hospital and then more than likely, he will be discharged tomorrow. We obviously wish him a fast recover and are sad that he won’t be able to start today.

It is really sad that Louis won’t start today. It is Louis first Tour de France too and it is a race he really wanted to do well in, especially these stages coming up that he had looked at previously in training during his preparation for the Tour de France. It is sad for him and it is sad for the team but Louis is a young rider who has a lot to give to cycling in the future. His health is first and foremost, for us as a team it is much more important to realise his potential going forward and we want to look after his health as much as possible. I am certain that Louis will be back at the Tour de France in the future, going for the overall victory and we will absolutely support that in the future but for now his health is the first priority.

For me this is a really disappointing and unfortunate occurrence. Louis has trained and prepared for this for the last 3 years, building himself up. Unfortunately these things happen in sport and in life. I guess it is something that we just have to deal with. What’s most important for our team is our athlete’s health and recovery so I wish Louis a quick recovery and look forward to him being back on the bike.