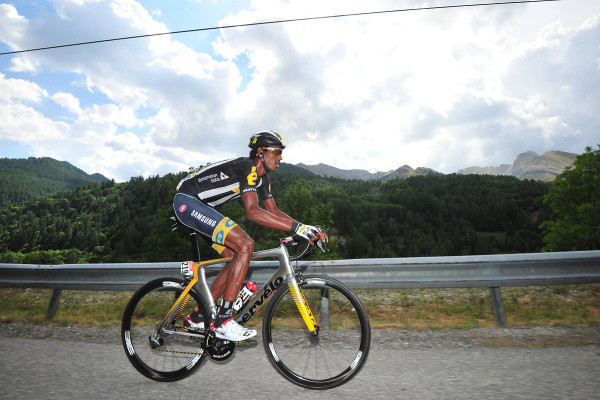 In his third participation, Simon Geschke (Giant-Alpecin), 29, claimed his first Tour de France stage victory and the third success of his career after stage 2 of the 2011 Critérium International in Porto-Vecchio and the GP Gippingen in 2014. Known as a domestique, he rode away from a breakaway group with 50km to go and stayed away at col d’Allos to keep enough of a lead over of Thibaut Pinot who crashed in the downhill. Chris Froome retained the yellow jersey as he crossed the line along with Nairo Quintana, while Alberto Contador was the main loser of the favorites, also due to a crash in the descent of col d’Allos.

168 riders took the start of stage 17. Laurent Didier (Trek) was a non-starter. Green jersey holder Peter Sagan (Tinkoff-Saxo) was once again the most aggressive rider of the early part of the race. There were many unsuccessful skirmishes but the first real event of the day was Tejay van Garderen (BMC) being dropped at km 38 in the ascent to the first categorized climb, the col des Lèques. The American, third overall, was sick (headaches). He courageously made his way back to the pack at km 82 as he profited from a chase led by Michal Kwiatkowski (Etixx-Quick Step). But he dot dropped again in the ascent to the col de la Colle-Saint-Michel and abandoned the Tour de France at km 91.

28 riders in the lead, including Sagan, Majka and Pinot 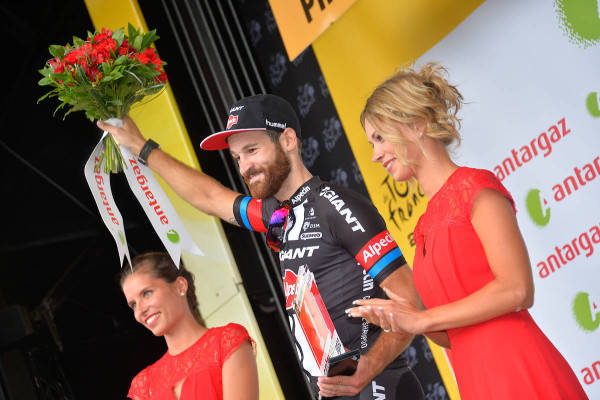 The first stage of the Alps went to Simon Geschke (TGA) – Crédit : ASO/G.Demouveaux

Geschke on his own after the intermediate sprint

In the ascent to the col de la Colle-Saint-Michel, Alberto Contador and Michael Rogers (Tinkoff-Saxo) attacked from the yellow jersey group. The Spaniard forged on but was eventually brought back by firstly Alejandro Valverde (Movistar) and secondly by the peloton led by Team Sky. Vaugrenard won the intermediate sprint at km 111, after which Geschke rode away solo as the cooperation in the leading group of 28 riders wasn’t good anymore. The yellow jersey group eased up as well. Geschke forged on in the ascent to col d’Allos. Pinot sped up 4km before the summit to close a deficit of two minutes. Geschke passed the highest peak of this year’s Tour de France (2250m) one minute before Pinot who crashed in the downhill. The German all rounder whose father Jurgen was an Olympic medalist as a track sprinter in 1972 and 1976 resisted to the return of Andrew Talansky and Rigoberto Uran who had passed Pinot in the downhill. Alberto Contador was the other star whose hopes vanished because of a crash. In the uphill finish to Pra Loup, Nairo Quintana attacked but didn’t take Chris Froome by surprise, so the Brit comfortably kept the yellow jersey.