Get ready for the 2015 Absa Cape Epic new route 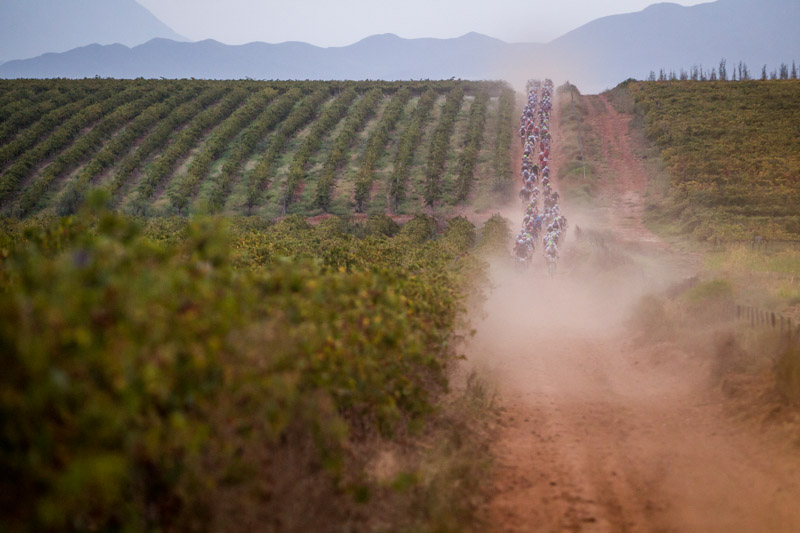 The lead riders during stage 1 of the 2014 Absa Cape Epic Mountain Bike stage race held from Arabella Wines in Robertson, South Africa on the 24 March 2014
Photo by Nick Muzik/Cape Epic/SPORTZPICS

The annual highlight on the Absa Cape Epic calendar (besides the race of course) is just around the corner! The much-anticipated launch of the 2015 route will take place in the mother city for the very first time on 22 October.

The Westin Cape Town, on the foreshore, will host this prestigious event, and promises to be a spectacular night for all guests. Everyone is welcome to join so don’t miss this opportunity. Mingle with sporting heroes, accomplished adventurers, artists and the entire Epic family. Internationally acclaimed artist Richard Scott is busy with a series of works inspired by each stage of the 2015 Absa Cape Epic, which will be on auction after the launch.

Those out of Cape Town will be able to see the new route announced on www.cape-epic.com at the comfort of their own homes.

The Absa Cape Epic takes place in the Western Cape in South Africa but the route changes every year and planning starts well before a year in advance, with a team of route designers constantly scouting out new trails across the Western Cape.

In August – seven months ahead of the event – a trial ride of all complete stages is carried out by staff and key crew members, including the route designers. The course is then signed off for the 1200 athletes who will take part in the 2015 event.

Chris Whitfield has completed four Absa Cape Epics in the past and was part of the trial ride team this year: “It was quite an eye-opener how much work goes into getting the course right. All sorts of factors are taken into account to design a route that challenges the pros but is not completely impossible for the amateurs.”

“It also involves a lot of local assistance, typically from destination partners, venues and farmers along the route, appreciated by riders and supporters alike. Riders will be relieved to hear that some of the worst hills on the trial ride have been removed … but only after we had to slog over them.”

By route launch the obstacles have largely been removed and the cycling community is ready for one of the most anticipated events of the year – the unveiling of the following year’s new route.