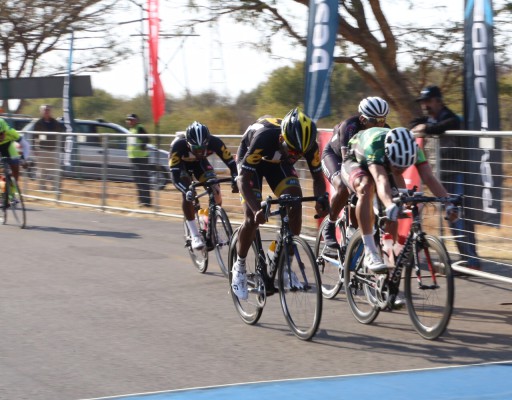 Rising star Ryan Gibbons received a memorable coming of age gift when he claimed victory in the Powerade Lost City Cycle Classic, presented by Bestmed, in the Pilanesberg on Saturday.

The EuropcarSA rider, who turned 21 on Thursday, stayed in the breaks throughout the 115km race and dug deep to take the bunch sprint to the finish at the Sun City resort.

Gibbons crossed the line first in 2:34:27, half a wheel length ahead of runner-up Meron Teshome of the MTN-Qhubeka feeder team, with Abantu’s two-time champion Nolan Hoffman third.

He said the win was the icing on the cake of a fantastic week that included his selection for the South African under-23 team to compete in the road world championships next month.

“It’s been a good three days. At the moment, we’re all on a bit of a high, so it’s going to be hard to try and beat this.”

The Randpark Ridge resident said conditions for the first of the spring classics had been ideal and that the racing had started at a fast pace, as the large turnout of teams set out to test each other.

Within the first 20km, a break of nine riders – representing Europcar, Abantu, Bonitas, Altech-Autopage, MTN-Qhubeka and Lights by Linea – got away.

“We stayed about a minute ahead of the peloton for 60 kilometres,” said Gibbons.

With Abantu driving the main bunch, the leaders were eventually hauled back.

Then, after a brief lull, MTN-Qhubeka’s Nic Dlamini made a daring solo escape with around 30km to go.

“We were initially content to let him go but then the gap got to about a minute,” said Gibbons.

“Every one of my teammates went to the front, fully committed to working for me.

“The bunch caught him about five kilometres from the finish and fortunately I was able to pick it up at the end.”

The result adds shine to what has already been a stellar season for Gibbons, with wins in the Fast One, Polokwane Mayoral Challenge and Tour of Durban.

“I can’t take credit for it. Our guys are really selfless and committed to achieving overall victory and we’ve had a phenomenal season,” said Gibbons.

“But I’d like to think I’m a bit feared in the peloton now,” he laughed.

Gibbons also proved his all-round stage racing abilities over the past month, earning the points jerseys and best young rider awards at both the Bestmed Jock Tour and Clover Tour.

“The longer winter tours helped to build a base and get a foundation going. A lot of teams decided against doing those races but for me it worked out perfectly.”

He will now step back from the local racing scene as he turns his full attention to preparing for worlds, which takes place in Richmond, USA, at the end of September.

She was chased to the line by Clover rider Charlene du Preez (3:15:11), with SA veteran road champ Desray Sebregts rounding out the podium for Bestmed-ASG a further second back.