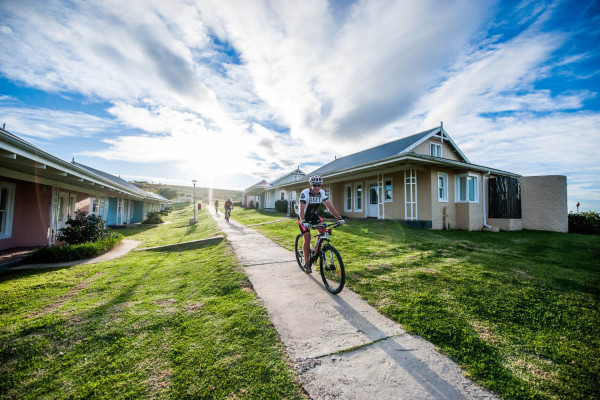 The three-day event, which is based at the Zuurberg Mountain Village just outside Port Elizabeth, initially offered a no-frills Silver and the luxury Platinum and Gold packages.

According to race organiser Rob Hayter both luxury options were fully subscribed, which led them to come up with an innovative alternative package that offered prospective participants similar perks.

Apart from the entry fee, he said the new Silver Plus option would include three nights’ accommodation in self-catering chalets at the Addo Elephant National Park.

“The park is only 16km from the race village and there is a Cattle Barron restaurant on the premises,” said Hayter.

“A bike wash service, lunch at the race village and bike transfers from Cape Town, Johannesburg and Durban airports are also included.”

He believed the package was a great deal and, based on the cost of the accommodation alone, said participants would be getting more than their money’s worth.

“Apart from visitors from elsewhere in the country, we wanted to make this affordable for Eastern Cape riders. We had to come up with some way to help the local market.”

In creating a viable solution, Hayter said they had worked closely with long-time partners SANParks.

“Their informal motto is to bring people to the park and the park to the people, so this is a win-win scenario.

“Addo is absolutely stunning and the Silver Plus option is a great way to experience both the park and the event.”

He said the 194km race took riders through parts of Addo that were often kept hidden from the public.

The first day sees riders entering the park and descending into a gorge, while the second stage takes them along the northern ridge of the Zuurberg mountains.

“From the top, participants will be met with spectacular views of the coastline to the south and the Karoo to the north.”

For more information, visit www.greatzuurbergtrek.co.za or find the race on Facebook.