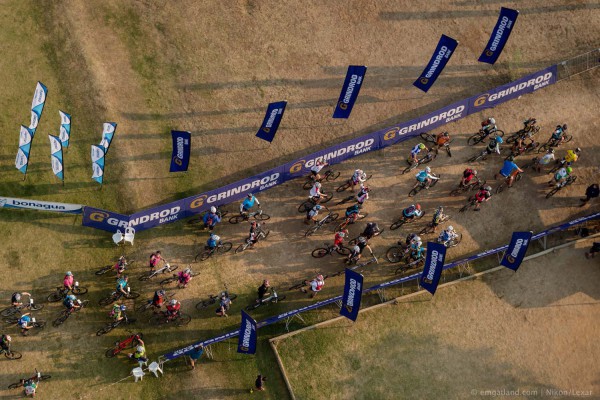 Grindrod Bank have secured the title sponsorship of Berg and Bush, one of the country’s premier multistage mountain bike races. The 11th edition of the KwaZulu-Natal event starts on October 7. Photo: Em Gatland

Grindrod Bank have secured the title sponsorship of one of KwaZulu-Natal’s premier multistage mountain bike races, the Berg and Bush.

“We are delighted that we were invited to become more involved in this event,” said Grindrod Bank managing director David Polkinghorne, in the wake of the financial institution coming on board as presenting sponsor during last year’s 10th anniversary event.

“It showcases some of the most spectacular mountain bike trails in the province and encourages an active lifestyle among families,” said Polkinghorne.

“Berg and Bush also seek to meaningfully and sustainably uplift a local community in the Drakensberg through the Qhubeka bicycle initiative.

“From humble beginnings, the Berg and Bush can rightly claim to be one of the cycling community’s most anticipated events and we look forward to helping organiser Gary Green and his committed team build on this success story.”

Berg and Bush comprises three separate races (the Descent, Great Trek and 2-Day) across 130km of single-track featuring scenic mountain vistas and bushveld, portions of which are on privately owned farms.

The route changes each year with the next edition getting underway with the Descent at the border post on top of the Drakensberg on October 7.