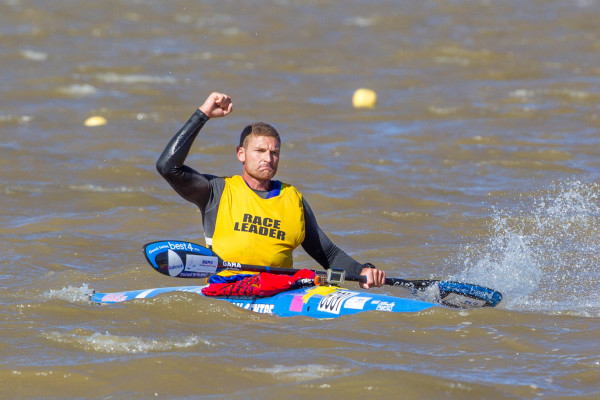 Paarl – One of the last normal entries to land in the Berg River Canoe marathon race officials email inbox was that of nine time winner and the current flatwater water marathon K1 and K2 world champion Hank McGregor, ending months of speculation about whether he would be back to challenge for another Berg title next week.

McGregor, who has a total of five world marathon championship titles to his credit, last won the Berg in 2012, missing the 2013 race due to a clash with the first ever surfski world champs, and again in 2014 as he was at his wife’s side for the birth of their son Thorsten.

Last year Andy Birkett blitzed his way to an impressive maiden victory, despite his apparent lack of experience on the tree-laced river where local knowledge plays a substantial part.

Birkett managed to upstage a jet-lagged McGregor in the senior K1 race at the SA Marathon Champs in Pietermaritzburg, when the country’s two top marathoners went head to head as seniors for the first time.

Since then McGregor refused to show his cards on the Berg 2015, particularly after Birkett was quick to confirm that he would be back to defend his Berg title.

Instead he spoke openly about the unusually demanding second half of the year that will include potentially a Berg River Canoe Marathon in mid-July, and then a frantic month that starts with the World Marathon Championships in Gyor, Hungary, followed by the surfski world champs in Tahiti, twelve time zones away and then a dash back home to defend his Hansa Fish K2 title in Cradock.

“Look, I’ll make no bones about, I would love to become the first person to win ten Bergs,” said McGregor before his departure to Mauritius where he won the Mauritius Open Ocean Classic last weekend.

“Every time you win something you reset your goals. While every Berg win has been special, I have nine wins under the belt now and I’d like to make it into double figures,” he said.

Since his win in the junior division of the Berg, McGregor has asserted himself on the seniors that had traditionally held sway over the race. In the 1980s and ’90s Berg tactics were heavily provincialised, and often a preferred paddler was favourably shepherded to victory by a group of team mates.

McGregor broke that trend with his win in 2000, battling defiantly against the team dynamics that were stacked against him.

His unbroken streak of wins from 2005 to 2012 is the longest winning streak in the race’s history, and took him past Robbie Herreveld’s record of six Berg victories.

While some paddlers speculated that McGregor might opt out of the 2015 Berg to avoid a head-on challenge with Andy Birkett, his last-gasp race entry has silenced those critics and set up a mouth-watering showdown between two of the best river marathoners this country has ever produced.

“I can’t wait!” said evergreen Berg veteran Graeme Solomon. “I am going to have front row seats to be the best show in town – Hank McGregor versus Andy Birkett. It’s going to be epic!”