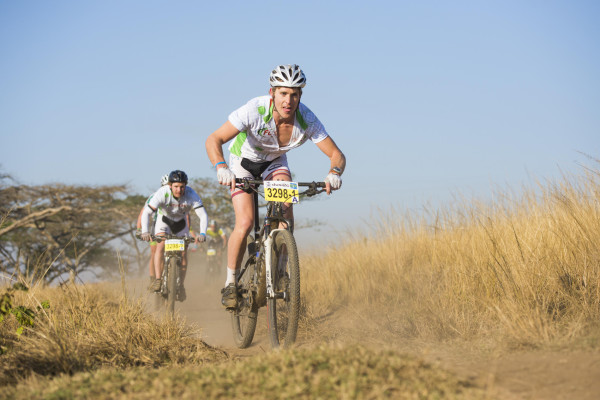 Having ridden to an eighth place finish overall with partner Michael Hay in 2014, Andrew Houston will be back in 2015 to take on the BSi Steel dusi2c with current African Continental Cross Country Champion and girlfriend Bianca Haw from 20-21 June. – Anthony Grote/
Gameplan Media

Pietermaritzburg – With an extensive knowledge of the Valley of a Thousand Hills from the river, the 2015 BSi Steel dusi2c will be a unique experience for current African Continental Cross Country Champion Bianca Haw who takes to the event for the first time with boyfriend and fellow elite paddler Andrew Houston with eyes on the overall mixed title when they hit the trails from Pietermaritzburg to Durban from 20-21 June.

It has been a busy few months for Haw who recently rode to fifth place in the ladies race at the Nedbank sani2c with Candice Neethling and is currently preparing for this weekend’s 2015 Ashburton Investments National MTB Series Van Gaalen, which doubles up as the South African Mountain Bike Marathon Championships powered by Stihl, however the youngster is looking forward to taking part in her first dusi2c.

“I am really looking forward to racing in my first dusi2c with Housty,” the upbeat Red Bull/Specialized rider said. “We have been looking for a race to do together and this one seemed perfect because it is a little more relaxed and we have never ridden in a race together.

“We do train together very often so we are familiar with each other’s strengths and he is a strong rider who is going to be pushing me when needed!”

Houston took part in the race in 2014 with Michael Hay where the pair ended in eighth place overall and Haw knows that her and Houston are going to be racing hard once the gun goes despite downplaying the duo’s expectations for the race.

“We are going to try and enjoy the race as much as we can and with our competitive natures, racing means we are enjoying it.

“The mixed category is going to be a tough race and Housty has been throwing out that we are in fact going for an overall title win, let alone the mixed title!” she said firmly tongue in cheek. 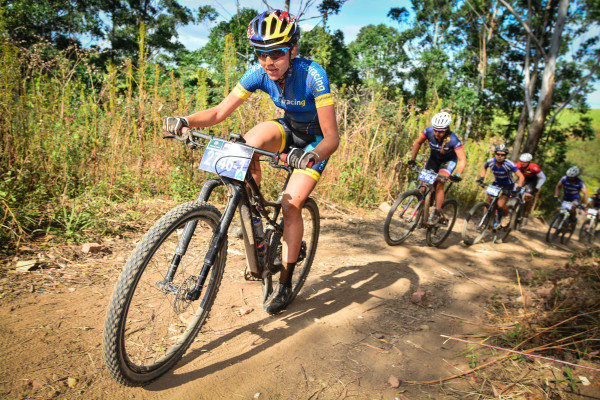 It will be a debut at the BSi Steel dusi2c for Red Bull/Specialized star Bianca Haw as she takes to the two-day adventure in the mixed category with Andrew Houston with hopes of a mixed category triumph when they get underway from 20-21 June. – Darren Goddard/
Gameplan Media

Following the national marathon championships in the North West this weekend, Haw will be heading back to KwaZulu-Natal to help father ‘Farmer’ Glen Haw and the rest of his team put the finishing touches to the tracks, bridges and floating bridges that have become synonymous with the Nedbank sani2c, Old Mutual joBerg2c and now the BSi Steel dusi2c as well.

“It is tradition that we head home the week of the race to go and help with getting everything ready.

“There is a big group of us so I’m sure we will be able to get out onto the trails for a bit and get some fine tuning done before the race starts on the Saturday.

“We don’t see our extra exposure to the trails as too much of an advantage however Housty and I definitely know the valley far better from the river than we do from the trails so it will be nice to get out there and give them a run before the race starts.

“When it comes to the building of the bridges though, I will do the delegating and the boys can do all of the hard work!” she laughed.

The 2015 dusi2c mixed race is starting to take shape and could prove to be the highlight of the event as the organisers pull in some renowned mixed pairs and Haw believes that it is going to be an exciting race.

“Dad [Glen Haw] is looking to make the race the unofficial national mixed team MTB stage race championships so there are going to be some really good teams racing out there which will make it an exciting race!

“Martin and Jeannie Dreyer came third in the mixed race at the Nedbank sani2c and I know that Sam Saunders has entered too so that makes three tough pairs and I am sure that there will be even more entering closer to the time!” she added.

More information can be found at www.dusi2c.co.za