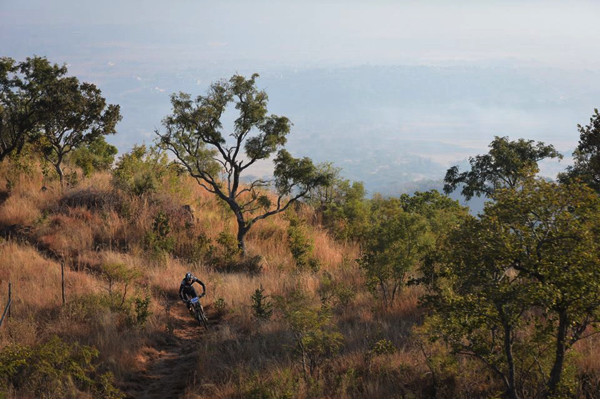 Unusually hot spring weather in Gauteng has led to a decision to shorten race distances at Saturday’sNissan TrailSeeker mountain bike event at Hakahana, outside Pretoria.

With temperatures reaching 35-degrees Celsius during the week and forecast to continue through the weekend, Advendurance, the organisers of the Nissan TrailSeeker Series, opted in favour of rider safety and enjoyment rather and trimmed the distances in the four events on Saturday. The marathon distance race will now be 61km, the half-marathon 32km, the fun race 18km and the fun ride 9km.

“We have worked on the average riding times for the previous rounds of the Nissan TrailSeeker Series event to come to these distances,” said Fritz Pienaar, Director of Avendurance.

“The challenge will essentially remain the same and the riders will still get to experience great trails and organisation. But rider safety and enjoyment remain our highest priorities with the Nissan TrailSeeker events.

“Besides the heat, there’s been no recent rain and the ground is very dry, loose and dusty. We just feel it’s in the best interests of the entrants to shorten each race slightly to maintain the fun factor. After all, this isn’t a survival test,” added Pienaar.

The race entry limit of 3000 has been reached, confirming the popularity of the series, which also doubles as the Gauteng Provincial Marathon Series and which offers quality race routes close to the cities of Johannesburg and Pretoria.

Despite not having a win yet, South African marathon champion, Gawie Combrinck (EAI Cycling) heads up the men’s points standings due to his three second place finishes in the first three rounds. He’ll be eager for a win on Saturday to help give him an edge over the likes of Nico Bell (RECM), who won Rounds 1 and 2, but missed Round 3 and is the defending champion at Hakahana.

Rising young stars, Pierre Smith and Josef Bester, currently second and third respectively in the series are also likely to be in the hunt for podium places on Saturday.

Pretoria rider, Adrienne Moolman, currently tops the women’s series rankings after three rounds. However South African marathon champion, Robyn de Groot (Ascendis Health), winner of Rounds 2 and 3, is well positioned in third behind Mariette Hattingh, to challenge for the series crown and will be the favourite on Saturday. De Groot won the Hakahana race in the series for the past two years.

Steep climbs and descents, rocky sections make Hakahana one of the most technically challenging events in the series. The marathon route has a total of 1270 metres of vertical ascent, quite a bit for a race this distance in Gauteng. The half-marathon has 520 metres of ascent, which will undoubtedly favour the stronger climbers.