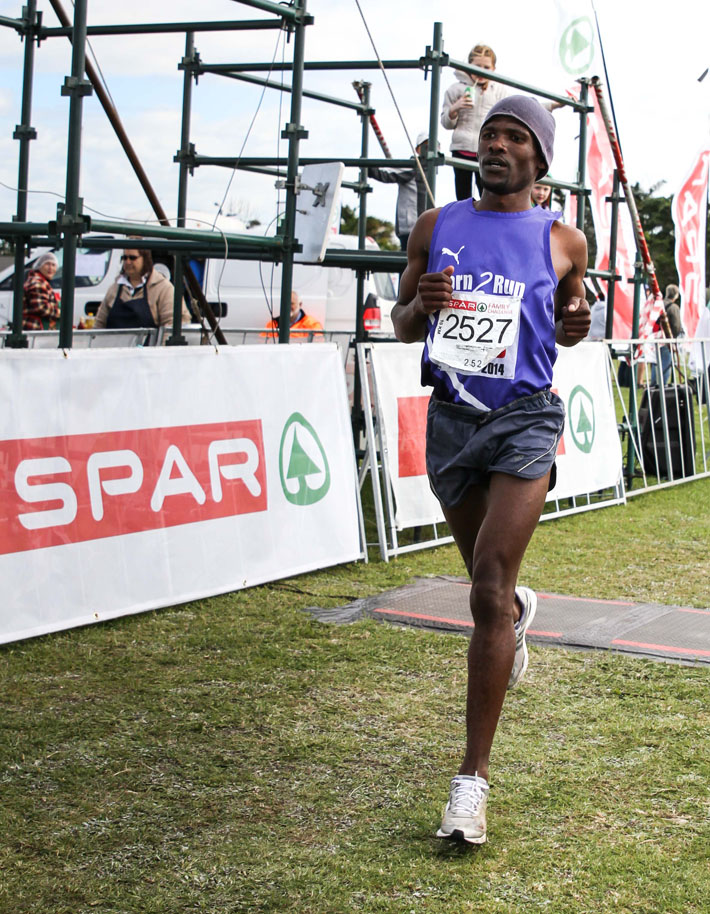 Top local runner Luthando Hejana blew his rivals away in extremely windy conditions to win the inaugural SPAR Family Challenge 10km road race in East London on Saturday.Despite battling wind speeds in excess of 40km per hour, the Born 2 Run athlete charged into the finish line at the Beaconhurst School fields in Beacon Bay in a time of 39:27.

Hejana’s teammate Doran Fritz crossed the line a further 13 seconds back to round out the podium for the club.

Hejana, who won the Buffalo half-marathon and 10km Surfers Challenge earlier this year, made a strong start with the wind at his back.

He opened up a gap of 600m within the first few kilometres but lost valuable time when he was forced to double back after missing the exit from the 2km beach section near Bonza Bay.

The Mdantsane runner was caught by the two chasing athletes but quickly turned up the heat once more on the tar to show Hadebe and Fritz a clean pair of heels.

Hejana stayed away on his own in spite of the headwind for the second half of the race to take a comfortable victory and etch his name in the annals of the event.

“That was the hardest 10km ever,” said Nahoon resident Smith.

“Between the wind and running on the sand and the hill climb, it was really tough.”

In the 5km race, the men’s honours went to Mbuyiseli Mema of Overtakers Sports Club in 20:12, while Giselle Pauls of Oxford Striders was the first woman home in 27:01.