Hendricks reduced to domestique at Emperors 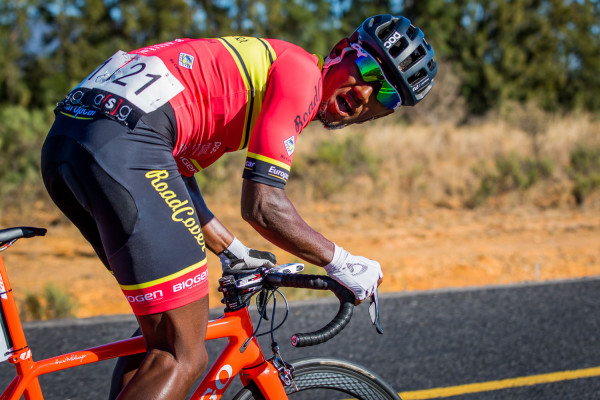 Just when he was showing good form, a severe bout of flu has possibly dashed Clint Hendricks’ hopes of scalping another top title when the Emperors Palace Classic cycling race takes place over 98km on Sunday.

The 24-year-old Team RoadCover sprinter took the biggest victory of his career when he triumphed in the Cape Town Cycle Tour in a thrilling finish last month.

That success came after he finished second in the only sprint stage at the previous week’s Bestmed Tour of Good Hope, but he has since been laid low by illness and has been on the recovery path.

Having grown up in Paarl in the Boland, he now lives in Roodepoort, Johannesburg, and said he was thrilled with his Cape Town Cycle Tour triumph.

“For me it was one of the ultimate goals to achieve,” said Hendricks. “You always want to win the big races and for us as a team it was a major achievement.

“We sat down before the race and discussed our goals at a meeting and winning was always the objective.”

Since then Hendricks has literally had to take his foot off the pedal such has been his weakened condition.

“I have really been battling, having been on antibiotics for about two weeks, so my form is not that great at the moment. So I have had to take it fairly easily.”

Hendricks said he would be competing in the Emperors Palace Classic in the role of super domestique to teammate Brad Potgieter.

“I will be in there trying to help Brad who has been training well and to see if we can assist him.

“I have been off the bike for two weeks and I will see how it goes, but it will probably be a case of helping Brad.”

Hendricks said they had identified Team Telkom as their main rivals.

“They have a good team and did well at least week’s SA track championships so they are definitely one of the teams to watch.”

Hendricks said RoadCover would also be aiming for success in the second leg of the ProTouch Cycling Club National Criterium Series, which is held in conjunction with the feature race.

“We will definitely be out there to win it, although I will have to see how the road race goes first.

“It’s a pity I have been sick because I won the first criterium (which took place alongside the Rudy Project Berge en Dale classic in February) and Brad was second, but we will be aiming for another victory.”

Hendricks was reluctant to divulge his objectives for the rest of the year, but did say there were several races on which he would focus strongly once he had recovered from his illness.