Here comes José and Purito … and lots of laughs 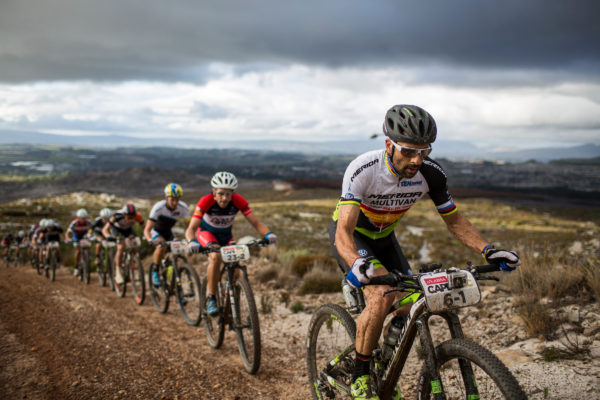 If somebody were trying to track down José Hermida in the Absa Cape Epic race village they would simply have to follow the laughter. And the chatter.

In 2016 Hermida retired from a distinguished 20-year cross country career that earned him a world championship title, an Olympic silver medal and many victories along the way. But he will be remembered as much for his lively personality and joie de vivre as for his success in the saddle.

He is working as a brand ambassador for Merida bikes but is keeping his hand in on the bike: the colourful Spaniard will be back for his eighth Absa Cape Epic in 2017 with another of cycling’s great characters and recent retiree, former road professional Joaquim “Purito” Rodríguez (Merida Factory Racing).

What are their objectives for the Absa Cape Epic: “Jajajaja … its gonna be a challenge to get both at same point of focus – as you know we are both Spanish and talk a lot, but for sure if we make things good we can make some big days and surprise everybody,” Hermida laughs.

“We have another high profile team in the event in George Hincapie and Cadel Evans. It will be my job to attack Cadel, while Purito will concentrate on keeping George under control,” he adds.

Rodríguez’s nickname in the professional peloton was Purito, Spanish for “little cigar”.  According to his Wikipedia profile he was given the nickname in an early season training camp during his first year as a professional with ONCE–Eroski. “When some of his teammates stepped up the pace on a small climb, he passed them making a hand gesture appearing to be smoking a cigar, suggesting he was climbing without much effort. The gesture was not welcomed by his teammates, who made him smoke a real cigar as a hazing ritual (initiation) later in the evening.”

Rodríguez went on to notch up fourteen stage victories in Grand Tours and second place overall in the Giro d’Italia and the Vuelta a España. He came home third overall in the 2013 Tour de France. He led in the UCI world rankings in 2010, 2012 and 2013, and also won classics such as the Flèche Wallonne.

“Our goal is to perform at the highest possible level, and our recent physical shape should put us in a very competitive position,” Rodríguez says. “But above all we want to have fun and enjoy this new adventure.”

“I know Purito since long time ago,” Hermida adds. “Actually I took the risk of turning pro on the road at same time as him back in 2001. We both took different ways in our careers, both having fun and achieving our goals. It is funny that now we meet each other again in a MTB competition. We are both ready to face this challenge … its gonna be fun for sure.”

And what keeps him coming back to the Untamed African MTB Race? “The race, the friends. The Absa Cape Epic has always treated me super good, making me feel like I’m at home and having fun riding. At the same time we also had some great glory days. For me the Cape Epic is the Tour de France of MTB, and it is here where you feel the real MTB spirit.”

* See “I love this game, a tribute to José Antonio Hermida!” here https://www.youtube.com/watch?v=h3eKOMOQlu8