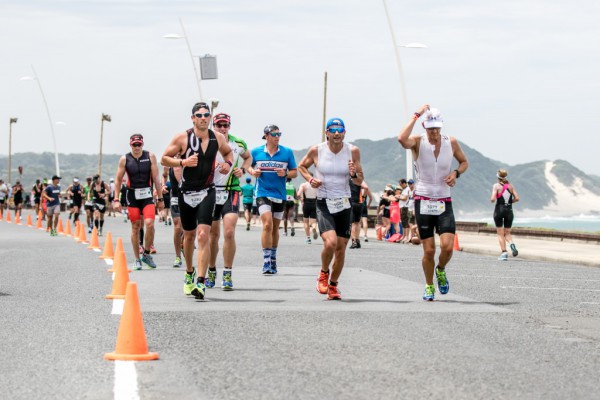 “As endurance event organisers we are acutely aware of the importance of the correct nutrition for athletes. Nutrition is a key component to every athlete’s training regimen as well as race day plans and is often referred to as the “fourth discipline” in triathlon. We are therefore delighted to be partnering with HIGH5 and have no doubt that having tried and tested, high quality products on our courses will sustain our athletes along their race journeys, says Paul Wolff, Director of Operations: IRONMAN South Africa.

HIGH5 has a proven track record of IRONMAN success, including HIGH5-fuelled athletes breaking IRONMAN world records by impressive margins. The brand has proven popular and effective among elite triathletes across the world. The new partnership between HIGH5 and IRONMAN South Africa is a great opportunity to spread that sporting success into the blossoming world of African endurance sport. Already widely used by amateur and elite competitors as well as top triathlon coaches, HIGH5 is one of the most trusted supplement providers on the South African market.

With less than four months until the the Standard Bank IRONMAN 70.3 South Africa in Buffalo City, East London, and only six months until the 2016 Standard Bank IRONMAN African Championship in Nelson Mandela Bay, this partnership comes at the perfect time for participants to jump into a training regime which incorporates HIGH5’s sporting expertise, getting them 100% race ready.

“HIGH5 is excited to be partnering with IRONMAN South Africa and fuelling athletes to victories both personal and professional. Throughout the competitors’ training and via our on-the-course presence the HIGH5 vibe is going to bring an extra kick to these amazing sporting events,” says Gareth Taylor, Brand manager for HIGH5 Sports Nutrition South Africa.

Adds Wolff: “We continually look to provide a world class experience for our athletes and with partners such as HIGH5 on board we can continue to be at the forefront of endurance races in providing market-leading nutritional products for our athletes.”

The partnership will commence in January 2016 starting with the Standard Bank IRONMAN 70.3 South Africa on 24 January 2016.

The iconic IRONMAN® Series of events is the largest participation sports platform in the world. Since the inception of the IRONMAN® brand in 1978, athletes have proven that ANYTHING IS POSSIBLE® by crossing finish lines at the world’s most challenging endurance races. Recognized for excellence through distinguished events, world-class athletes and quality products, IRONMAN has grown from a single race to a global sensation with more than 190 events across five unique brands: IRONMAN®, IRONMAN 70.3®, 5150™ Triathlon Series, Iron Girl® and IRONKIDS®. For more information, visit www.ironman.com.

A UK company which has spread its reach across the globe, High5 represents the very best of nutritional support. Run by athletes, for athletes, nobody has a greater appreciation of what individuals need to succeed. Utilising the very latest developments in sports and nutritional science High5 products are always ahead of the pack and providing the very best for their users.

High5’s products are WADA certified and continuously tested as well as involving the hands-on involvement of athletes’ feedback. For over 20 years we have been supporting sportsmen and women as they reach new levels of sporting success in multiple disciplines. It’s a mission to which we remain 100% dedicated as we look to an exciting future of athletic excellence.