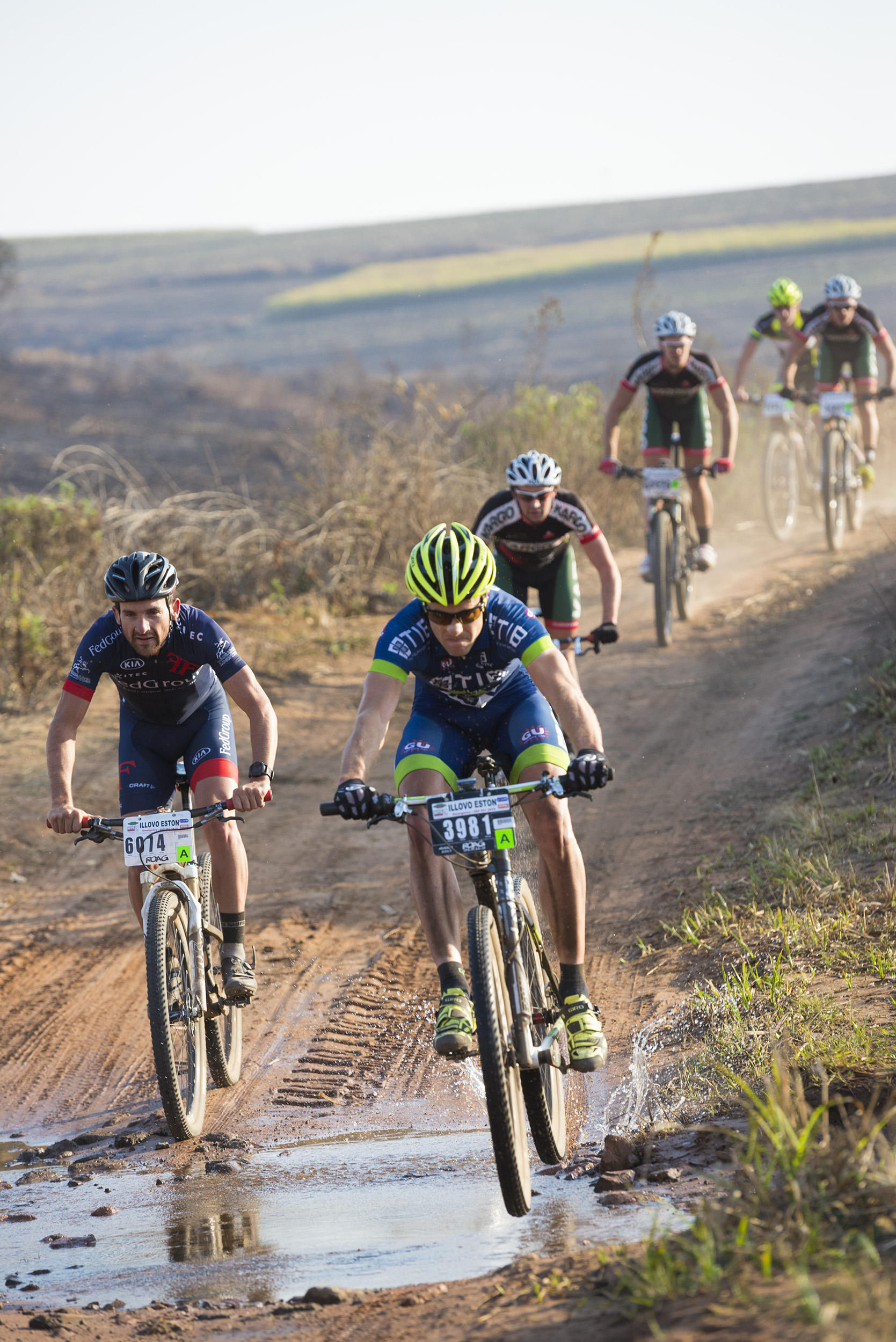 Pietermaritzburg – The Sunday Tribune Jeep Hill2Hill mountain bike marathon forms the penultimate leg of the 2015 Quattro ROAG Series and has ensured that the series’ ‘big three’ and the country’s top ultra-marathoners go head to head for the prestigious event’s spoils.

While it is mathematically impossible for Davids to surpass Hill on the series log regardless of his efforts at Sunday’s Hill2Hill and the upcoming Quattro Lake Eland Classic, the Kargo Pro MTB ace can still prove to be a thorn in the side of both Hill and White as the pair battle it out for this year’s series spoils.

Should Reid make the journey back to his former home province, the race at the front of the elite men’s clash will be a mouth-watering affair with few brave enough to predict a probable podium.

Like Reid, young Julian Jessop (Concept Cyclery powered by Burry Stander) and Alan Hatherly (Kargo Pro MTB) also competed at the recent UCI MTB World Championships in Andorra and should they too take to this year’s Hill2Hill start line then the race for supremacy will be immense.

While not in the running in the women’s category of this year’s Quattro ROAG Series, Mariske Strauss of the Western Cape is expected to take on this year’s Hill2Hill challenge and promises to be tough to beat over the 100km course from Hilton to Hillcrest.

Quattro ROAG Series title contender Jeannie Dreyer will however also be in attendance this weekend and will undoubtedly be planning a continuance of her unbeaten run thus far in this year’s series.

Her subsequent 400 points however still don’t see her topping the women’s standings, a position still held by the injured Natalie Bergstrom (Jowetts Cycles).

A solid performance at Sunday’s event will however hand Dreyer the advantage ahead of the series finale at Lake Eland in mid-October.

With 2015 seeing the Sunday Tribune Jeep Hill2Hill celebrate its 10th anniversary, legendary course designer Nick Floros – the guru behind the cross country layout of the 2016 Olympic Games in Rio de Janeiro, Brazil – has once again worked his magic throughout the course, even throwing a couple of fresh surprises into this year’s mix.

Sunday’s 100km Marathon is also preceded by Saturday’s 45km Half Marathon as the weekend promises to be a full programme of mountain bike action from KZN’s Midlands down to the Upper Highway region.