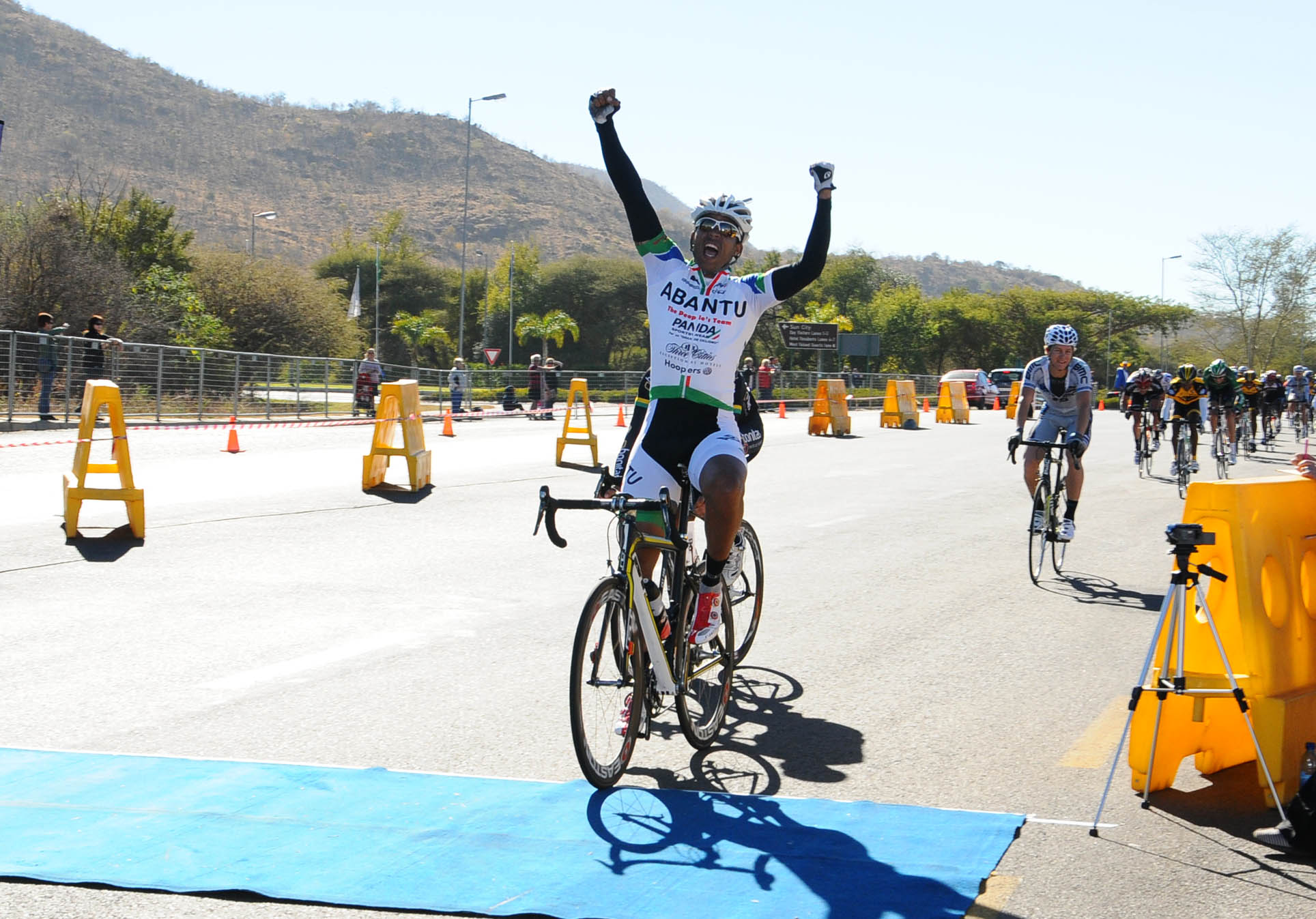 Team Abantu’s Nolan Hoffman will be aiming to retain his title at the Powerade Bestmed Lost City Cycle Festival in the North-West Province on Saturday. Photo: Jetline Action Photo

Defending champion Nolan Hoffman will be looking to regain his confidence and form at the Powerade Bestmed Lost City Cycle Festival – the first of the spring classics – in the North-West Province on Saturday.

Hoffman, who completed the five-day Clover Tour through Mpumalanga on Sunday, said it was good to be getting back in road shape after a disappointing Commonwealth Games performance on the track.

“I did a lot of road training and racing in the United States up to three weeks before the Games.

“But since July I haven’t done much on the road, so now it’s about getting road ready for the end of year classics and the second half of the season.”

“We (the track riders) were always going to be scrutinised, having been selected ahead of a road team. I had a lot of personal pressure on me.

“I wanted to do well, my team wanted me to do well and I know the federation expected a result.”

The reigning Cape Argus champion said the Lost City Cycle Classic would certainly be one way to redeem himself in his own eyes and those of his supporters.

“In terms of redeeming myself, I think I need to focus on doing what I do best – winning races. At the end of the day I do this for myself and I have personal goals.

“My disappointment from the Games is personal; as much as I feel I let others down, I want to get back to winning for myself and my team.”

Hoffman said he was enjoying getting back to racing with his Abantu teammates as they always lifted his spirits.

He said the weekend’s 115km Classic course would be fast and flat, which made it “a sprinter’s dream”.

“There are no real challenging climbs to speak of and the wind could play a part too. That suits me, as only the stronger, more powerful riders on the flats prevail.

“The finish is slightly downhill and very, very fast, so it suits me perfectly.”

Hoffman said he was feeling positive about his chances in the race, which he first won back in 2007.

“I haven’t raced with the team for a while so it’s important that we run through our lead-out ahead of time but, yes, I have a lot of confidence.”

He said he would be keeping a close eye on rival sprinters like Herman Fouché and Tyler Day.

“All the teams have more or less the same tactic on the day and the race always comes down to a sprint.”

As one of his goal races, Hoffman said the event would be the ideal platform for gauging his form going into the second half of the season.

Aside from his maiden Argus title, Hoffman has already won The Herald VW Cycle Tour and the green jerseys at the Bestmed Tour de Boland and Mzansi Tour this year.

“I’d also like to win Amashova again and there are still a number that I can’t single out at this stage.”