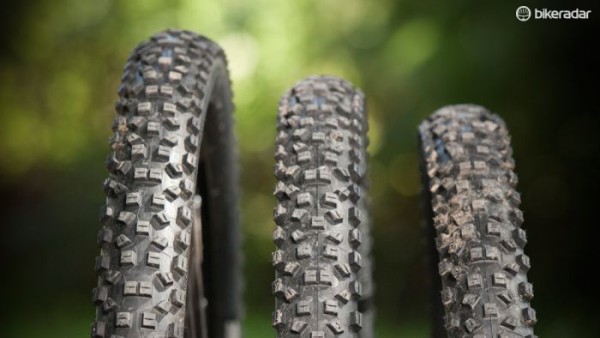 Breaking down the myths and arguments with science thanks to BikeRadar.com

The debate around the benefits and limitations of mountain bike wheel sizes has been raging for several years, but what are the real-world differences between 26in, 27.5in and 29in wheels?

That’s a question  BikeRadar has always wanted to answer, after teaming up on an experiment with Howard Hurst of the University of Central Lancashire, has done just that. The results may well surprise you. Skip straight to the first video below to find out the results for yourself.

Video: The results of the study to determine which wheel size is fastest

Every wheel size has its fans and detractors. For example, 29ers have become dominant within cross-country racing, due to their perceived speed and efficiency benefits But Hurst points out that these claims are mostly based on anecdotal evidence.

A keen mountain biker himself, Hurst wanted to answer the question of mountain bike wheel size once and for all with a solid, scientific study. He decided to put together a test to determine the true influence of wheel diameters on riders’ performance at cross-country time trials – Olympic cross-country being one of the key races in which 29in wheels are used.

Hurst, Dr John Metcalfe and a team of fellow scientists rounded up nine competitive male mountain bikers, aged 18 to 30, and set them loose on a 3.48km XC mountain bike course. Each of the riders rode one lap of the course on a 26in-, 27.5in- and 29in-wheeled Santa Cruz Superlight, with various measurements taken to monitor their performance, including time, power, velocity and cadence.

In the video below Hurst discusses the results, crunches the numbers and explains the scientific and practical differences between the wheel sizes. He also discusses the use of different wheel sizes in various different riding disciplines and the link between rider height and wheel size.

Video: How the research was conducted