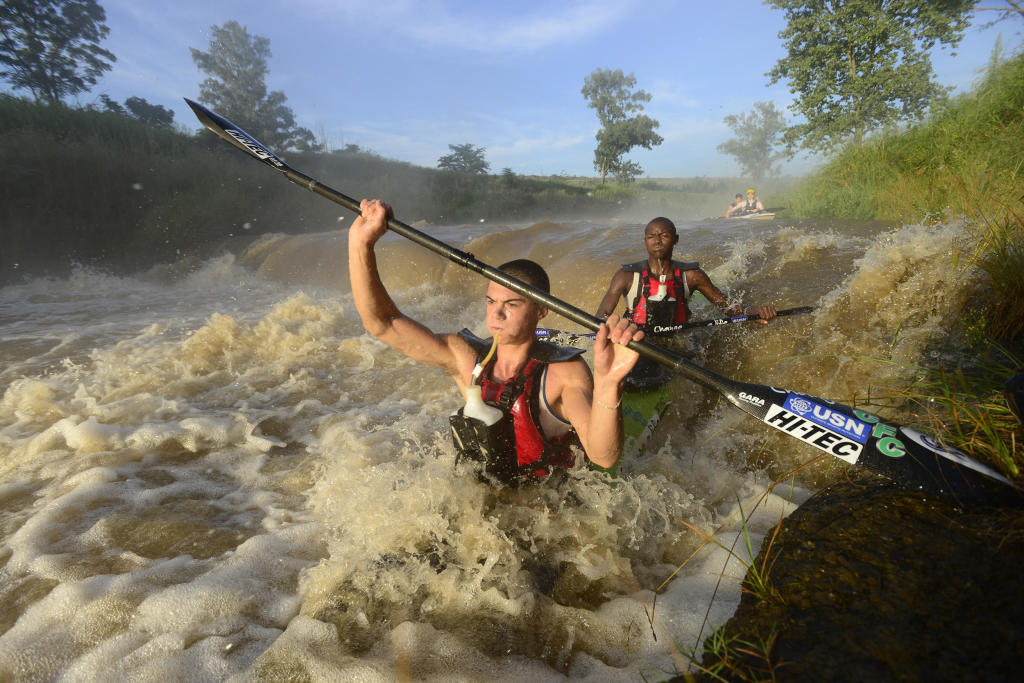 Elite athletes such as Damon Stamp and Mthobisi Cele can earn excellent prize money at the Umpetha Challenge that covers the first 16km of the Dusi Canoe Marathon Course, following the announcement of a 12,5% increase in the prize money pool. – Anthony Grote/
Gameplan Media

Pietermaritzburg – Organisers of the Dusi-season starting Umpetha Challenge canoe race on Sunday 19 October have confirmed a massive prize pool of R36 000 for the race, with R6000 for the overall winner of the K1 category.

The 2015 Dusi Canoe Marathon a K1 championship race, the KwaZulu-Natal summer season is being geared towards the K1 class, and as the first Dusi seeding race of the season, the Umpetha Challenge will see a heavy skew towards K1 paddlers.

The R36 000 prize pool is a 12,5% increase on last year’s prize money, and being targeted at K1 craft rather than last years K2 craft, the potential for individual elite athletes to secure excellent prizes for their performances is significant.

The organisers have stressed however that K2 paddlers, and perhaps even a brave K3 or two, will be welcome at the race.

A week after the Hansa Fish, the Umpetha Challenge will suddenly shift the focus from traditional river marathons to the unique demands of the Dusi season, with tough portages key to the elite athletes chances of success.

Last year’s Umpetha Challenge, then known as the NCC Development Race, was won by Andy Birkett and Sbonelo Khwela, who went on to win the Dusi K2 title later in the season. “I was broken after the run,” Khwela laughed about the testing portage that took the crews up to the finish at the Bishopstowe Farmers Hall.

The race, entirely run and administered by the NCC Development Team with solid support from the KwaZulu-Natal Department of Sport and Recreation is designed to focus attention on the upcoming Dusi, and the season of qualifiers and seeding races that lead to the three day marathon in mid-February.

“The support from the KZN Department of Sport and Recreation not only ensures that we can run a top class race, but also allows us to offer very good prize money incentives to the top paddlers, male and female, seniors and juniors,” said race committee head Thuthukani Manyathi.

“The word ‘Umpetha’ means champion in isiZulu, and we want it to attract the Dusi champions in all the categories,” he added.

The race scooped the prestigious KZN Canoe Union award for the Best Organised One Day Race last year, and far from resting on their laurels, the race committee is determined to improve on their successes of last year.

The Umpetha Challenge takes place from Camps Drift to Bishopstowe Hall on Sunday 19 October. More information can be found at http://natalcc.co.za/umpethaHome.html