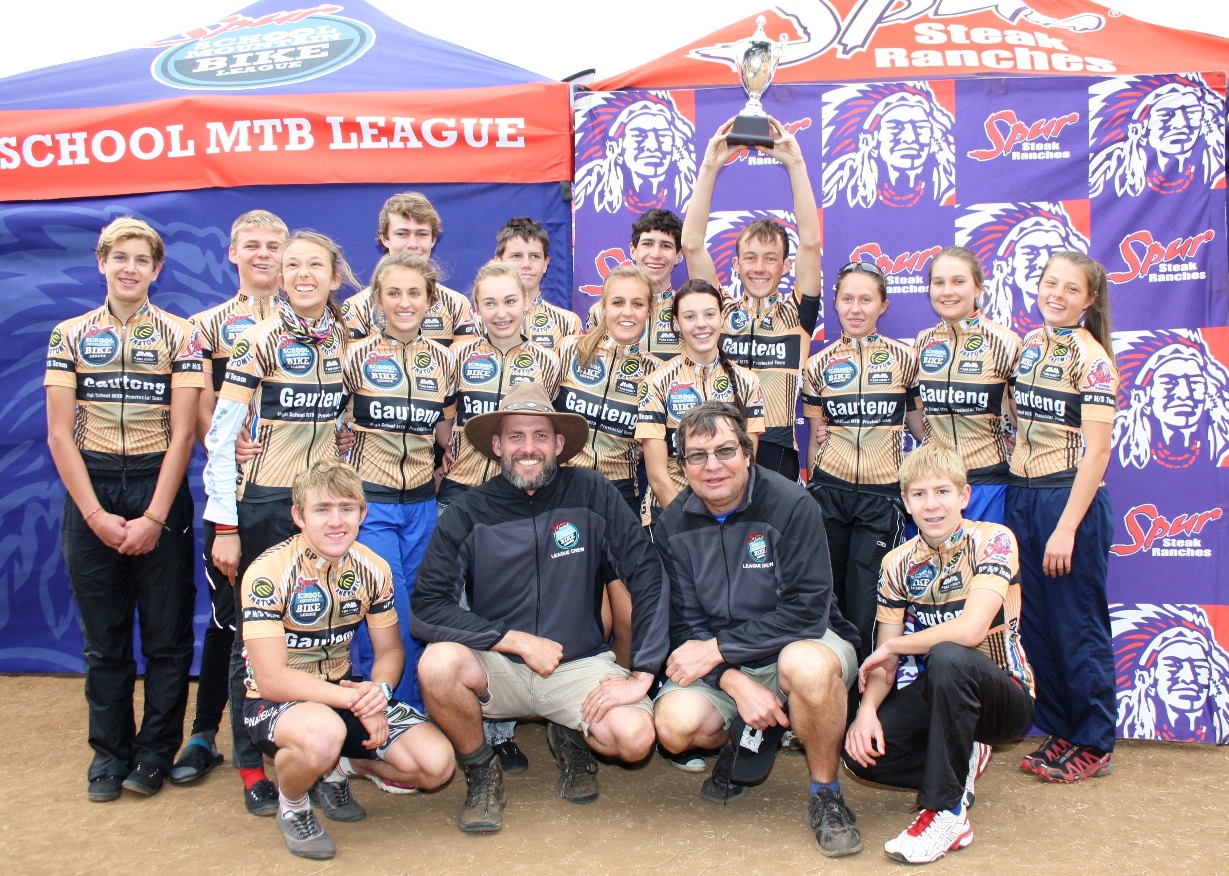 A record turn-out is expected for the first event in the Anatomic Spur MTB Series to be hosted at Curro College in Hazeldean this Saturday (26 July).

Currently in its sixth season, the Spur School Mountain Bike League has surpassed all expectations in terms of participation and reach and according to league co-ordinator Meurant Botha of AMARIDER, 10 000 entries as well within reach this year.

The league, which was launched in 2009 as a joint initiative between Spur and Amarider, has exceeded all initial projections in terms numbers and reach and has grown from 1600 entries and 21 events in 2009 to last year’s 5300 entries from 42 events.

League co-ordinator Meurant Botha of Amarider attributes the amazing growth of the League to the ongoing and hands-on involvement of Spur Steak Ranches as well as the efforts of a team of dedicated regional organisers and school co-ordinators, who collectively hosted more than fifty events leading up to the record-breaking final.

“With an average participation growth of around 40% and a jam-packed 2014 calendar with more than 50 races scheduled before the finals at Bekker School in Magaliesburg in October, we are set for a bumper season,” says Botha.

According to Gauteng league co-ordinator, Deon Steyn the year-on-year growth in the league has been amazing.  Since becoming part of the national Spur School Mountain Bike League in 2009, the numbers has shot up from 225 to 609 participants last year.  Steyn, who is one of only seven UCI International Moutain Bike Commissaires in South Africa, is invested in establishing the sport of mountain bike riding as an official school sport. He developed a special school commissaires’ training course, which he presented in Gauteng recently as part of his effort to formalise the sport.

“The Anatomic High School MTB Series has become the biggest XCO series in South Africa, drawing more participants than provincial and even national races.  Up until last year the Gauteng Series was open to everybody and we had riders from Limpopo, Freestate, NW and Mpumlanga participating in the Gauteng events.  The growth of the league necessitated that we split the regions to avoid racing fields becoming too big for the cross-country lap racing format (also the Olympic format) of the league,” said Steyn.

The next meetings will be at Hartebeespoort High School on 16 August, Bekker School on 6 September and the final at FH Odendaal on 20 September.   Following the completion of the provincial series a High School Provincial MTB team is selected consisting from the top three in every category.  Gauteng walked off as winners of the coveted Spur Mountain Bike League floating trophy last year and will aim to hold on to the top spot.

According to Spur Market Development Manager Andrew Cronje, the group is delighted to be a part of grassroots mountain biking development at school level.  “We are really proud to be associated with the league as it not only provides a platform for schools to compete in a structured way, but is also playing a key role in growing mountain-biking as a sport discipline,” said Cronje.

Cronje further stated that Spur was particularly impressed with the improved skills levels of riders competing in the Spur School Mountain Bike League as well as the increased participation by primary schools.

For entry details and a complete event calendar leading up to the finals at Bekker School from 4 to 5 October, visit http://www.spur.co.za/about-us/event/spur-mtb-league.