‘Iron Sally’ Back With A New Partner 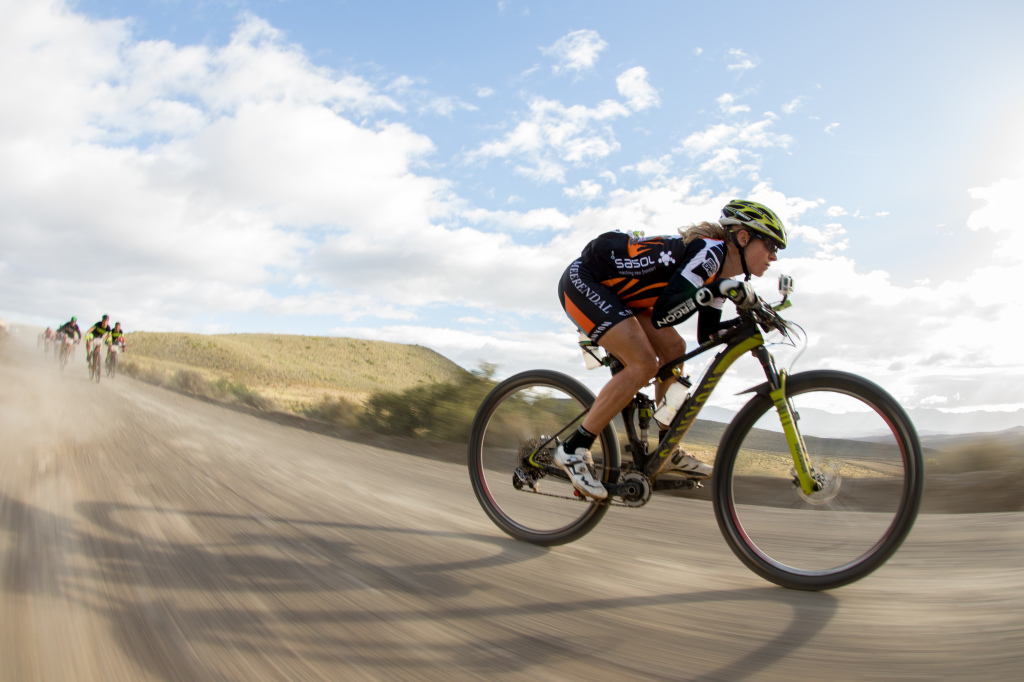 Sally Bigham of Team Meerendal leaves the boys behind doen a descent during stage 3 of the 2014 Absa Cape Epic Mountain Bike stage race held from Arabella Wines in Robertson to The Oaks Estate in Greyton, South Africa on the 26 March 2014 – Photo by Greg Beadle/Cape Epic/SPORTZPICS

At first glance Sally Bigham might be taken for the university researcher that she was when the mountain biking bug bit in 2006.  But the 1.65m and 52kg Englishwoman has since earned herself the nickname of “Iron Sally” for her extraordinary feats on a mountain bike.  These include two wins in the Women’s category at the rugged Absa Cape Epic – in 2011 with South African Karien van Jaarsveld and the following year with Switzerland’s Esther Süss.  She and Suss rode together again in 2014, finishing second to the Swiss/Danish combination of Ariane Kleinhans and Annika Langvad.

This year Bigham will be racing in Team Selloronda/Topeak-Ergon with Slovenian Blaza Klemencic, who will be taking part in her first Absa Cape Epic stage race in South Africa.  They got together for a training camp  in the Canary Islands recently and appear to have clicked as a team: “I’m now even more excited about racing with her: she’s a talented rider but she’s a very nice person too, so we can race hard and have fun together on and off the bike,” said Bigham.  “We will also train in South Africa before the race, something I’m especially looking forward to because I love the trails in South Africa and, of course, the post-ride food, coffee and cake!”

Klemencic has twice raced in the cross country discipline at the Olympic Games – Beijing and London – but is more of a marathon specialist and this combination should present a formidable challenge at the Absa Cape Epic.  “Blaza and I will fight hard each and every day.  Our objective is to give our best and go for victory,” said Bigham. “Our training is going well and we are on target to arrive at the start in good shape.  Klemencic is of a similar view: “No matter that this is my first year at the Cape Epic, my objective is to have a good race with my teammate Sally and to win the race.” She is, however, not taking the eight-day challenge for granted: “Everybody feels a little fear just at the mention of this race.  So I am also feeling some fear, and respect for the challenge.”

Bigham is confident they will make for a good combination: “Blaza and I are both light (the Slovenian weighs 55kg) and good climbers.  We’re also really looking forward to the single trails.  It’s good to share similar strengths because we can push hard together rather than having to make compromises.”  She adds that the team dynamic is critical to success in a stage race of this nature: “If both riders can work together in harmony then it’s possible to perform at the highest level.  An excellent support team is also essential.  This year we have brilliant staff comprising of managers, physiotherapists, mechanics and chefs. We’re a big team and it’ll create a nice atmosphere at the camp.” 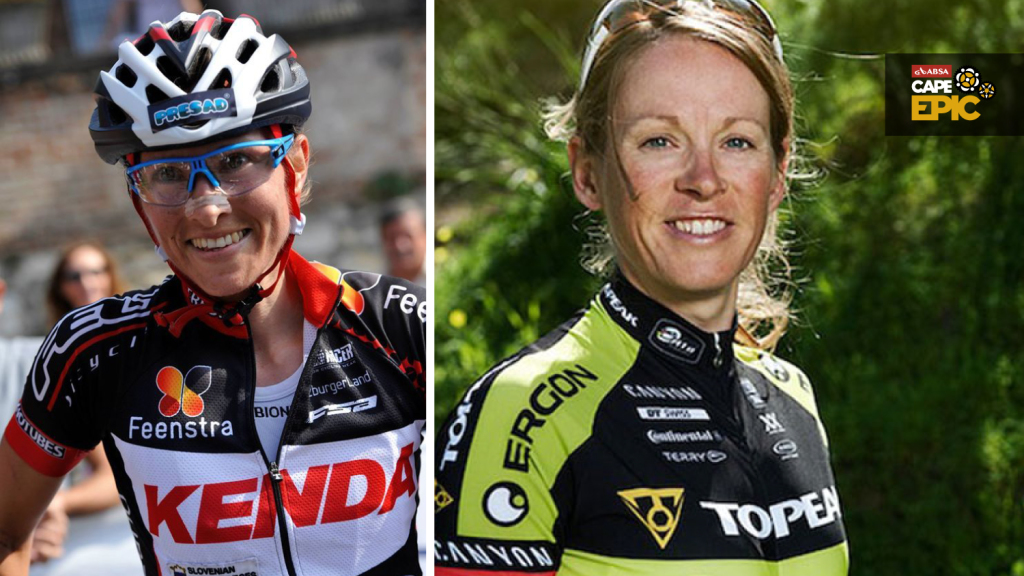 Klemencic points to defending champions Kleinhans and Langvad as favourites for the women’s crown, but Bigham adds: “This year the women’s race will be very competitive, which is exciting.  It really shows how women’s marathon and stage races are flourishing – matching men and women’s prize purses (as the Absa Cape Epic has done) has definitely helped with raising the profile of professional women’s mountain biking.  The Absa Cape Epic has been an important part of my race calendar for the last five years or so,” said the Briton.  “Over this time I’ve seen it grow and grow, and now it’s firmly amongst the most important in the professional calendar.  What I love about the race though is how it captures the spirit of marathon racing: the professionals and amateurs can race together over the same course, this creates a big event with a great atmosphere and camaraderie.”

Klemencic switched to a full suspension bike during the UCI Cross Country series and will be racing the Scott Spark 900 RC at the Cape Epic.  Bigham will be on the Canyon Lux CF 9.9 Team 29er full suspension: “It worked perfectly last year, so for me I wouldn’t want to race anything else.  Last year was the first year I raced a 29er full suspension and it made such a huge difference: less fatigue and far more enjoyment,” she said.
This year’s race takes place from 15 to 22 March and will once again take 1 200 riders through some of the Western Cape’s most unspoilt territory. The race kicks off with a prologue on Table Mountain, starting from the University of Cape Town, and finishes eight days later at Meerendal Wine Estate in Durbanville.