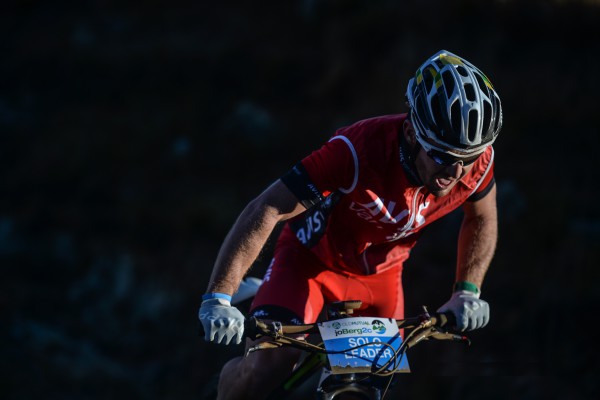 Viewers worldwide will be able to catch all the daily action from the Old Mutual joBerg2c via the official event website. Pictured here is elite mountain biker Tyronne White, riding in the colours of broadcast partner Avis, during last year’s event. Photo: Kelvin Trautman

Mountain biking enthusiasts worldwide will be able to follow all the action from the nine-day Old Mutual joBerg2c when the South African stage race sets out from Heidelberg south of Johannesburg on Friday.

According to race organiser Craig Wapnick, a newly launched platform on the official event website will allow viewers to watch the daily television highlights and photographic slideshow on their smartphone, tablet or laptop.

Wapnick said followers would also be able to track individual riders on the 900km journey in real time via the race app.

“We realise that many of our international riders would like to share the beauty of the route and their experience with family and friends.

“So while we’ll still do a traditional post-event show on SuperSport, we believe the future is online, which allows us to reach viewers around the globe without restrictions.”

Wapnick said a race report would be available by 5pm each day, with the full-length TV production uploaded by 9pm.

“Many events think because a medium like YouTube is free-to-air that you can save on production values.

“We believe the opposite and have invested heavily in the production, with our crew manning helicopters, off-road vehicles and motorbikes to bring viewers footage that is exciting, polished and creative to the core.

“We also have the rights to local music by Reburn, Coffee Snobs and Newton & Co, which ensures we don’t use sleepy ‘elevator music’ in our shows.”

He said broadcast partner Avis Van Rental would be instrumental in delivering the coverage to a global audience.

“They share our vision and see the potential of online media and have backed us all the way. It’s a different approach but one we hope will resonate with the viewers.”

While the event was more of a ride for the majority of the 800 participants, Wapnick said there would still be a strong competitive component at the sharp end of the race.

“Last year’s elite race winners Johann Rabie and Gawie Combrinck will be back to defend their title, while our vets and masters categories are probably the most competitive we’ve had since the event began.”

To this end, he said there would be over R250 000 up for grabs for the first-placed men’s, women’s and mixed elite teams, while the City Lodge Hotel Group had sponsored accommodation prizes for the top vets and masters teams to the value of R140 000.

Wapnick said the new platform was available on www.joberg2c.co.za and would remain active for a few weeks after the event, which finishes in Scottburgh on the KwaZulu-Natal South Coast on May 2.