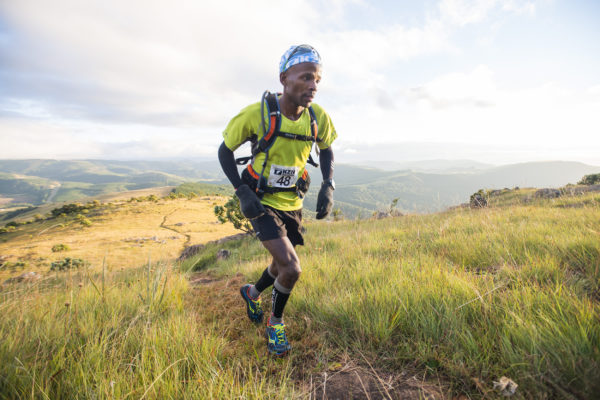 With just over a week to go before he competes in the 2016 Skyrunning®World Championships in Spain, K-Way athlete and 2015 SA Skyrunner®champ Lucky Miya is feeling strong and “ready to race against the best”.

Staged in the heart of the Pyrenees, the 42km race takes place on mountain trails close to the Aigüestortes range in the Sant Maurici Lake National Park, on a circular route starting and finishing in the Catalonian town of Barruera in northern Spain.

South African Skyrunning Association (SASA) is proud to have K-Way on board to enable South African representation in this prestigious world championship event. The brand has a strong history with SASA, having sponsored the two-man team of Miya and Iain don Wauchope at the Skyrunning® World Championships in the Mont Blanc Marathon in 2014.

Having had to withdraw from that race due to injury just seven kilometres short of the finish, Miya says he has “unfinished business” with skyrunning world champs, and aims to finish this year’s event to his full potential. Miya is regarded as South African skyrunning’s darling, having achieved wins at five of the six skyrunning races in which he has competed.

Caitlin Doney, PR coordinator at Cape Union Mart says the company is thrilled to be assisting their K-Way brand ambassador achieve greatness as he represents South Africa at the Skyrunning® World Championships next weekend.