Kaess, Kaufmann Due Some Good Karma 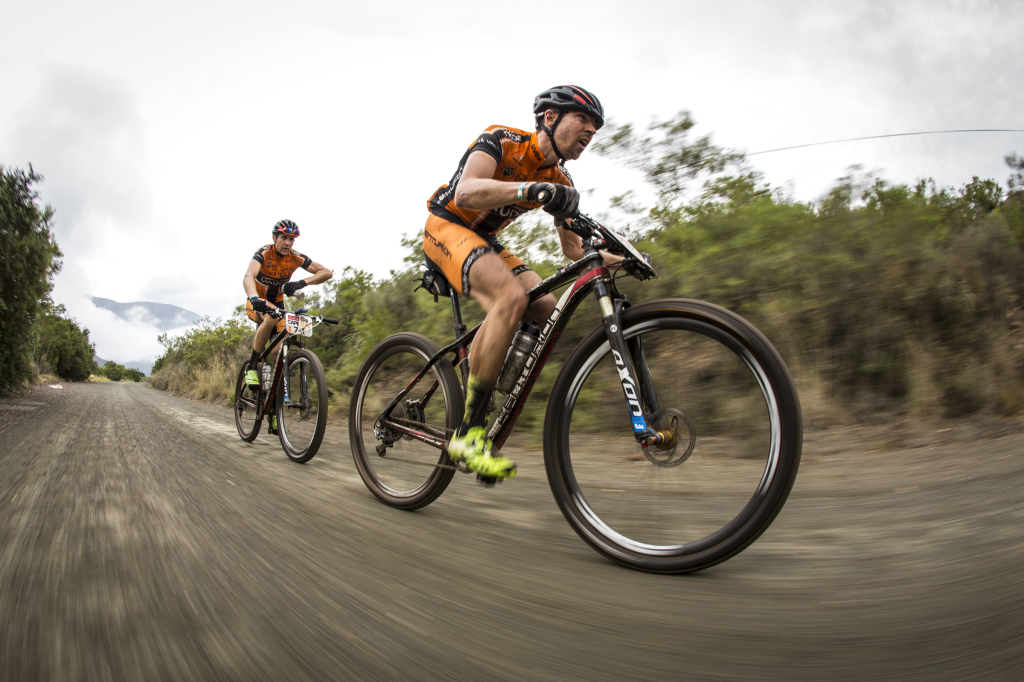 Before the 2014 Absa Cape Epic four times winner Karl Platt of Germany told journalists that they should keep an eye on his countrymen Markus Kaufmann and Jochen Kaess as potential race winners.  If they did not take him seriously at the time they were certainly doing so after Stage 1, when the Team Centurion Vaude pair won convincingly to pull on the race leaders’ yellow Zebra jerseys.  The next day, however, disaster struck when they lost nearly two hours after a chainstay broke on Kaufmann’s bike.

The pair were to make headlines again by donating their wheels on course to eventual winners Robert Mennen and Kristian Hynek (Topeak Ergon) when the latter got punctures on two stages.  German Mennen and Czech Hynek would almost certainly have lost their lead and the race without those acts of sportsmanship.  All of which might suggest that Kaufmann and Kaess, who eventually finished 10th, are due some good karma.  Might they get it in 2015?  “After our bad luck last year we have only one goal, we want to finish the race on the podium,” said Kaufmann. 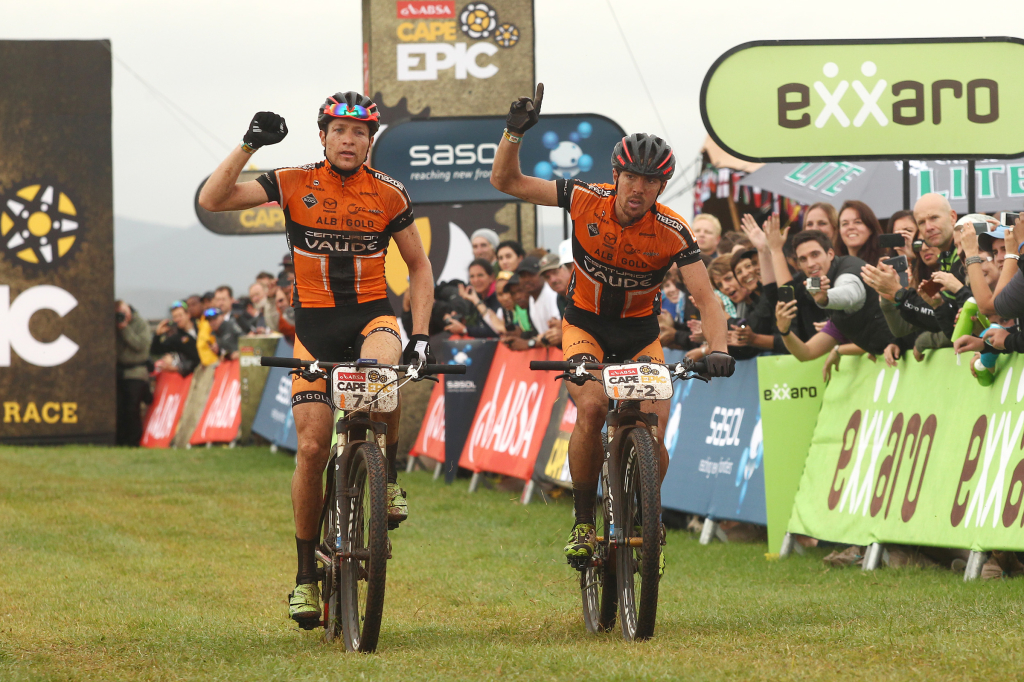 Markus Kaufmann and Jochen Kaess of Centurion-Vaude celebrate as they cross the line to win stage 1 during stage 1 of the 2014 Absa Cape Epic Mountain Bike stage race held from Arabella Wines in Robertson, South Africa on the 24 March 2014 – Photo by Shaun Roy/Cape Epic/SPORTZPICS

He and Kaess both tipped the Specialized pairing of four times winner Christoph Sauser and Marathon World Champion Jaroslav Kulhavy, Platt and Urs Huber (Bulls) and Hynek and Alban Lakata (Topeak Ergon) as among the favourites.  But the Absa Cape Epic is a team event and Kaess is confident that their partnership will give them an edge: “The combination of Markus and I is nearly perfect.  I think it makes us one of the strongest teams.”  Kaufmann said his strengths were uphills and endurance. “My partners strengths are everything … he has no weakness!”
They are alert to the role that teamwork plays over the rugged eight days of the Absa Cape Epic: “You have to support each other and work together.  It is very important because the race is so hard,” said Kaufmann.  They live more than 100km apart in Germany so have not been training together, but will be getting together for some riding before the Cape Epic.

This year’s race takes place from 15 to 22 March and will once again take 1 200 riders through some of the Western Cape’s most unspoilt territory.  The race kicks off with a prologue on Table Mountain, starting from the University of Cape Town, and finishes eight days later at Meerendal Wine Estate in Durbanville.