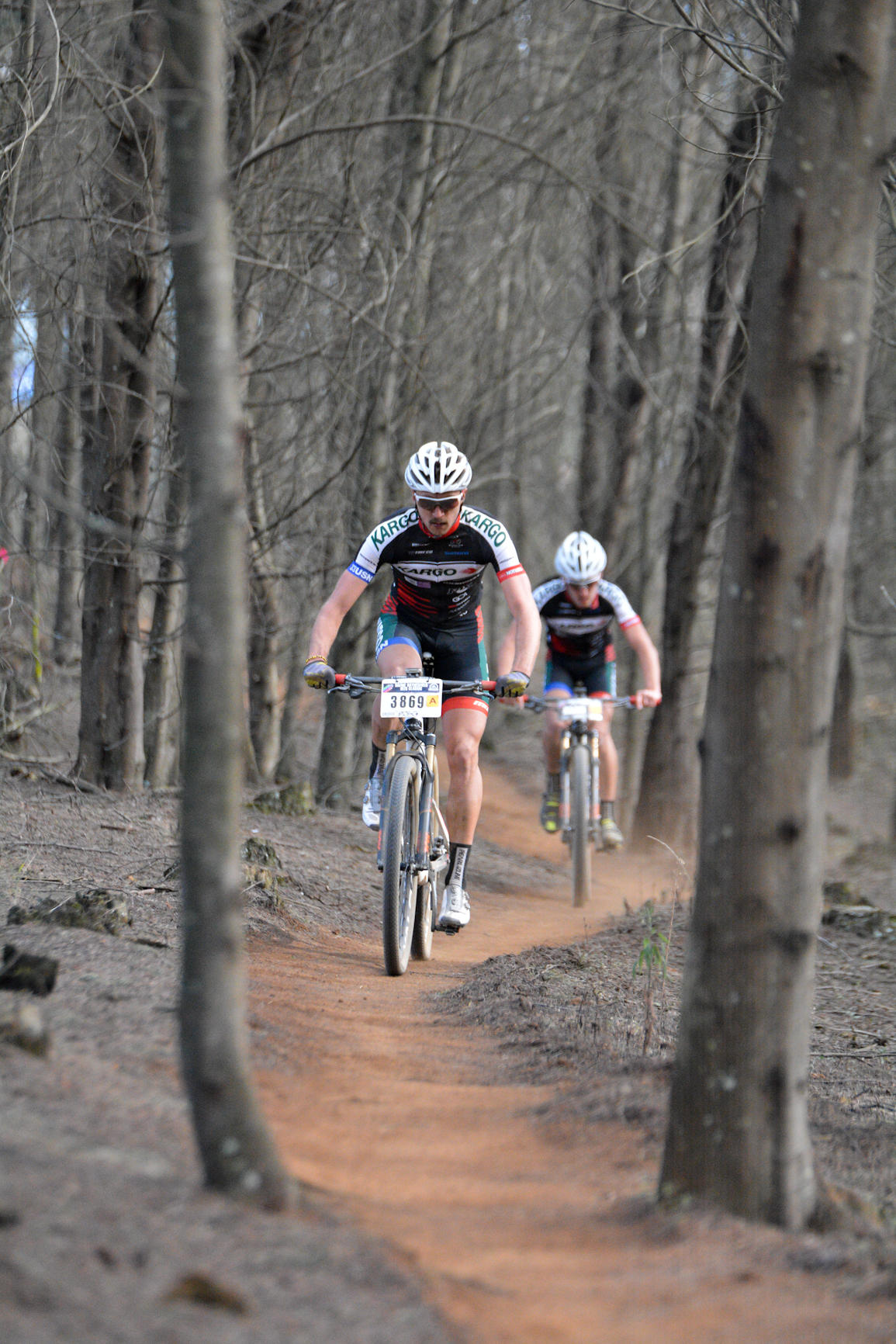 Scottburgh – Brendon Davids and Alan Hatherly’s participation in the 2015 Sappi Scottburgh MTB Race that takes place this Sunday, 9 August has added a new dimension to the battle for overall supremacy in the popular South Coast clash.

“The Sappi Scottburgh MTB Race should be a pretty cool race for both Alan (Hatherly) and I this weekend!” confirmed an enthusiastic Davids.

While the duo may not have tackled the 45km Sappi Scottburgh Classic – the feature event of the three-race programme – previously, the Kargo Pro MTB team mates are eager to get a positive result under their belts for differing reasons.

“We’ve never ridden this race before but fortunately I got a win in the final stage of the sani2c in 2014 so I should at least be familiar with the last part of the course,” said Davids.

“It is a great opportunity for Alan to hone his race sharpness as he builds towards the UCI MTB World Champs while for me, hopefully this is the turning point in my luck this season!

Hatherly’s strong season recently saw him narrowly missing out on claiming the elite men’s cross country national jersey despite being in just his first year of Under-23 competition, however, on the other end of the spectrum, 2015 has been a frustrating year for Davids.

The Pietermaritzburg resident’s race-ending back injury at the recent SA Cross Country Champs in Stellenbosch contributed greatly to the ending of his UCI MTB World Championships dreams before a costly puncture while leading last weekend’s 60km Illovo Marathon meant his title hopes were shattered there too.

“Fortunately the guys at Prime Human Performance Institute have been fantastic and helped me through my back injury so that I am back racing again,” said Davids, a member of the KZN Department of Sport and Recreation backed Elite Athlete Development Programme.

“Eston added to my long list of frustrations for the year but my luck has to change at some point, hopefully it will be in Scottburgh this weekend!”

The South Coast race’s shortened nature suits the cross country expertise of both Hatherly and Davids while the pair’s ability to work together will also be tough for others to overcome.

“I’ll probably just look to go out there gun blazing and see how things pan out!” chuckled Davids. “To have Alan with me will also be great as we complement each other really nicely.”

“I’m sure we’d both really like to win but so long as we get a result for our team then we’ll be really happy!”