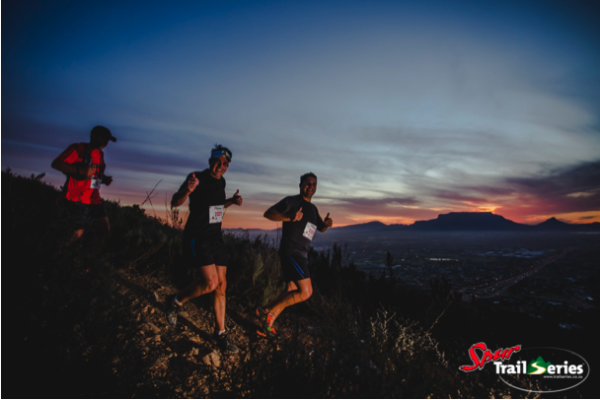 Sunset runs are sure to be a highlight again at next year’s Spur Cape Summer Trail Series® with the new venue, Kirstenbosch Botanical Gardens, set to thrill. Image by Ewald Sadie

This year South Africa’s premier botanical gardens, Kirstenbosch, will play host to one of two ‘sunset’ races that form part of this four-race Series. “To be able to run through these magnificent gardens after-hours is such a privilege,” says James Bösenberg, event manager at Wildrunner, “naturally, we are thrilled to add this as a venue to an already stunning line-up”.

While the majority of the participant field will be made up of adventure-seeking families and social runners, you can expect to see some of the big names in South African trail running battling it out at the front. “The Spur Trail Series® is an ideal way to kick start your trail running year and get the motivation going for the year ahead,” said Bösenberg, “the top runners use it as an opportunity to peg their training, push their leg turn-over and gauge the competition – all in all an exciting and fun environment to be in!”

One of the unique aspects of the Spur Trail Series® is that the competition spans over four races, with a short course and long course on offer at each event. Runners need to complete three of the four courses to complete the Series and qualify for a medal.  “The competition is so fierce that to get onto the podium athletes need to show consistent performances throughout or they will be overtaken,” says Bösenberg.

Next year’s event will kick off again with the course that everyone loves to hate – Tygerberg Nature Reserve – nicknamed ‘The Tyger’. This mid-week sunset race starts with a killer climb and is arguably the toughest race in the Series. From here the Series moves to an old favourite, Lebanon Forest in the Elgin Valley, before heading back to Cape Town for the second mid-week sunset run at the Kirstenbosch Botanical Gardens. Last but not least, the Series will conclude on the pristine trails of Oak Valley, just outside Grabouw.

Limited entries are available and online entries will remain open until Monday, 11 January at 8:30am. The full schedule of this year’s Spur Cape Summer Trail Series® events is as follows:

For more information or to enter visit www.trailseries.co.za. Join the Spur Trail Series® Facebook page at www.facebook.com/trailseries and follow Wildrunner on Twitter @WildrunnerZA for regular updates.