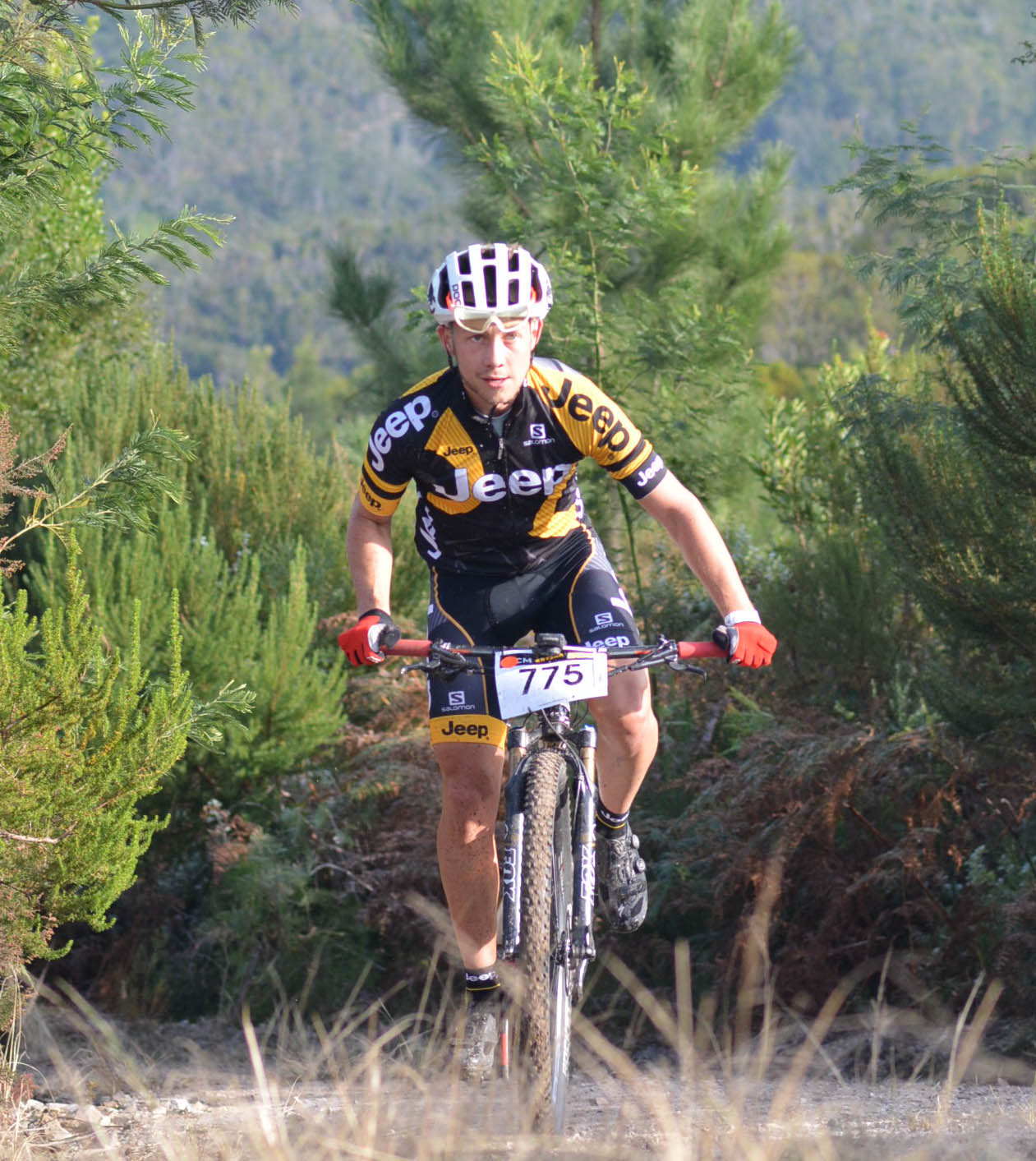 Former junior African cross-country champion Dylan Rebello showed his continental class on his home trails as he raced to victory in the second stage of the RECM Knysna 200 mountain bike race on Sunday.

The 20-year-old local’s stage win was a triumph of youth over experience as he outsprinted solo category overall leader Nico Pfitzenmaier, 44, into the finish at Thesen Harbour Town.

The result was not enough to unseat the Cape Town-based German, who remains first in the general classification with a combined time of 6:16:49.

Rebello, who lost time after an early mechanical the previous day, is currently second overall in 6:32:28 with Hanekom third in 7:03:24.

In the team category, the Altech Autopage duo of Hanco Kachelhoffer and Colin Noel came home in 2:54:01 for their second stage win. Their total time of 6:23:03 gives them a cushion of more than 45 minutes.

Three-time national marathon champion Robyn de Groot, riding in the colours of Ascendis Health, leads the women’s solo race by an increased margin after winning the stage in 3:10:41 (6:56:25).

The 68km stage, which started from Quinta da Monthana near Rheenendal, saw riders ascend over 800m in the first 20km.

The opening stretch quickly warmed up their legs with a testing 2.5km hill climb up to Krisjan se Nek in the Garden Route National Park.

RECM’s African cross-country champion James Reid was first over the top to scoop the Ultimate King prize, while Yolande de Villiers of SasolRacing claimed the title of Ultimate Queen.

Rebello and Pfitzenmaier were the first solo riders to reach waterpoint one after 23km in the Millwood Mines section, with Kachelhoffer and Noel setting the pace in the team section almost two minutes back.

Leaving the second waterpoint and the Goudveld forest behind, the four riders came together on the Rheenendal road after Pfizenmaier suffered a minor mechanical problem.

Knowing what lay ahead, Rebello was first to fly into the single-track alongside Phantom Pass.

“That last section is literally right behind my house, so I just went full gas,” said the double junior national half-marathon champ.

Pfitzenmaier kept pace on the technical descent while Kachelhoffer and Noel preferred to take a more cautious approach in defending their lead and lost contact.

“From there Nico and I just put our heads down and worked together and I managed to pull it off at the end,” said Rebello.

Port Elizabeth-based newlyweds Andrea and Steven Shirley notched up another win in the mixed race in 3:23:07 (7:31:45), while their Merrell teammates Nicola Giliomee and Marleen Lourens did the double in the women’s category in 3:25:14 (7:36:51).

The three-day mountain bike race wraps up with a 58km stage through the Harkerville forest on Monday.