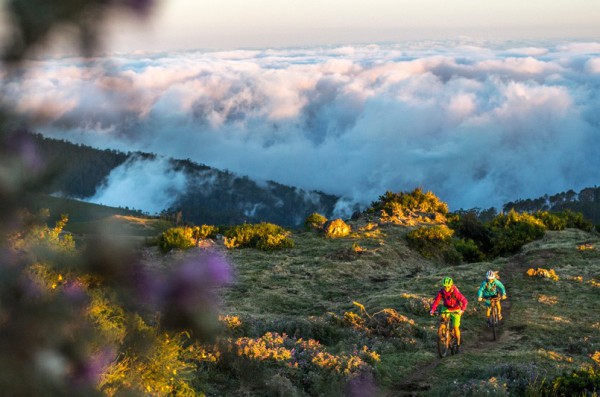 The inaugural Tour de Femme will take place in the Western Cape Winelands in 2016. The event is a ladies-only three mountain bike stage race – with a soft touch.
Photo credit: SCOTT Sports/Markus Greber

With more than 60 events annually, South Africa is undoubtedly the mountain bike stage race capital of the world. It was only a matter of time before a ladies-only stage race was established; and in 2016, Titanium Sports Events will present the inaugural Tour de Femme.

The Tour de Femme is a three-day mountain bike stage race, based in the Western Cape, in the beautiful Cape Winelands region. For ladies only. According to the organisers, who are women, too often the men are given the ‘pink ticket’ to go out for a weekend with the boys. This time, it’s the ladies’ turn…

“’Race’ is perhaps a strong word to describe the Tour de Femme. ‘Escape’ might be more appropriate,” smiled Jenni Green of Titanium Sports Events. “We’re focusing on the whole experience and not just the pedalling parts. It’s a ‘me-time’ escape for women that love mountain biking, but with certain ‘race’ elements.”

“While most stage races have a Women’s category and encourage Mixed category participation, there’s generally a very strong focus on the testosterone-fuelled racing part of these events. And with the majority of entrants being male, there’s a soft touch missing.” said Jackie Lange of Titanium Sports Events.

“While the mountain biking at the Tour de Femme will be challenging (but not too intimidating), all the off-the-bike elements will be focussed on what women want, including a bike wash and lube station, mechanical support (no girl wants to get her hands dirty), quality, tasty food (not just heaps of carbs), great wine (obviously) and plenty of comfortable social gathering points,” said Lange.

“Of course we’ll be taking the self-spoil theme even further and will have options for the ladies to enjoy a massage, manicure and/or pedicure in a low-pressure, peaceful environment,” added Lange.

The Tour de Femme will be based at one location, creating a village-type atmosphere. Not a tent in sight! No queues to use a loo and no brushing your teeth with a headlight… In order to maintain a high level of participant satisfaction, the entries will be limited and will include teams of two as well as solo entries.

The entry fee will include two nights accommodation and three days of catering. There will be two timed stages, with the first day being an orientation-type afternoon that includes some skills sharpening and followed by a mellow wine-tasting ride through the Winelands.

“It will go ahead in 2016 and it will be purely focussed on what women want in a mountain biking getaway. For now, ladies should visit the Tour de Femme website at www.tourdefemme.co.za where they can request being added to our database for regular event updates and announcements,” added Green.