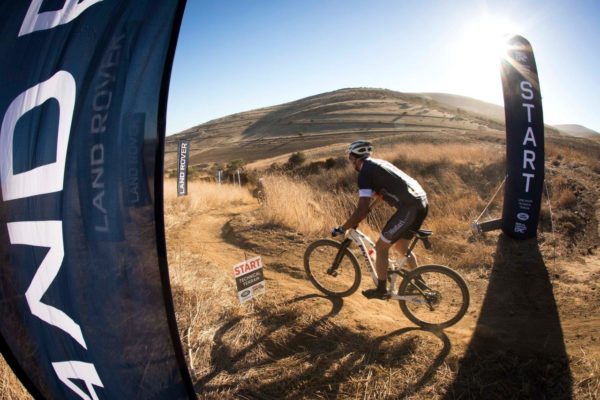 Land Rover, who are as synonymous with conquering Africa’s hinterland by automobile as the Absa Cape Epic is for mountain bikers to do so under their own power, have once again partnered with the Untamed African Mountain Bike Race to bring riders a diverse and testing route.

Cape Town, 08 November 2017 – Land Rover, who are as synonymous with conquering Africa’s hinterland by automobile as the Absa Cape Epic is for mountain bikers to do so under their own power, have once again partnered with the Untamed African Mountain Bike Race to bring riders a diverse and testing route. Each stage of the 2018 Absa Cape Epic route will require determination, skill and fitness to complete, but there are particular sections which stand out daily; these are the Land Rover Technical Terrain sections.

In total the 2018 route covers 658km with 13 530m climbing across the eight days. Under normal circumstances the Land Rover Technical Terrain sections would be tracks to relish; but coming late in each stage, once fatigue has set in and concentration is difficult, they could prove pivotal in the elite race and dramatic for riders seeking to complete their Absa Cape Epic quest.

The first Land Rover Technical Terrain of the week is one all Cape Town based mountain bikers will be familiar with; the infamous Plum Pudding singletrack. It features a mineshaft like drop on precariously lose shale, so riders will need to have their wits about them and be able to curb their enthusiasm and proceed with caution would be the wisest course of action when navigating this section just 16km into the course.

After the Prologue riders transfer from the beautiful urban setting of Cape Town to the rural contrasts of the Robertson Wine Valley, Arabella Wines plays host to the race village for three nights. Visitors to South Africa will remark at the contrasts between the fertile plains, where the soil is tilled for some of the country’s most famous wines, and the dusty grey hillocks, where only fynbos can grow in the meagre and rocky soil.

That rocky soil will provide the proving ground for the next two stages and will be a test of endurance to say the least. Riders can expect the temperatures to soar, especially by the time they reach the Skid and Bones Land Rover Technical Terrain on Stage 1. Coming just over 50km into the stage Skid and Bones is a fast and rocky dual track descent which follows hot on the heels of the brutal Takkap Climb, which is one of the steepest in the race.

Stage 2’s undulating Bosvark singletrack, 83km into the stage, is the longest Land Rover Technical Terrain of the race. At 10km long and with a deceptively tough climb right in the middle of it, Bosvark offers both challenge and reward to those riders with the conditioning and technical skills to excel in the harshest of terrain. This remote Land Rover Technical Terrain section seems to go on forever, with a winding hand cut singletrack and a few scary corners on rough and loose surfaces.

On Stage 3 the Absa Cape Epic moves from Arabella Wines to HTS Drostdy in Worcester in what is set to be the longest stage of the race. 85km into the 122km long stage riders will undertake the Choose your Own Adventure Land Rover Technical Terrain. Much like on Stage 1, Choose your Own Adventure comes on the back of a brutal climb but with the route traversing the seldom visited Nuy Valley there will be plenty of sights to take in for riders with the energy to raise their eyes from their front wheels and look around.

After a single night in the HTS Drosdty the race is on the move again, this time towards Wellington for the Queen Stage; which finishes at Huguenot High & Primary School. At the 60km mark riders will begin the brand new and purpose built Land Rover Technical Terrain; the Goudini Spa Singletrack.  The terrain is brutally rocky and the trail side vegetation eager to encroach onto the singletrack. 6km of fun is on the cards for the most skilled riders, while for those who prefer wide dirt roads a stressful time awaits.

Stage 5 of the 2018 Absa Cape Epic is a race against the clock, a 39km long time trial which takes in a mammoth 1 430m of climbing in that short distance. Epic veterans and Western Cape locals will be familiar with the Welvenpas trails and know all too well that to reach the reward of Cool Runnings Land Rover Technical Terrain a lot of climbing is required. The famously fun Cool Runnings singletrack could be the riders’ favourite of the 2018 Absa Cape Epic.

Stage 6: 2 000m of climbing in just 76km… there is no way to relay those facts in a manner which will not strike fear into the heart of every mountain biker. The stage features trail section names like Green Mamba and True Grit but the one which earns the Land Rover Technical Terrain title is the terrifying Cheese Grater. It is remote and it is rough, and on the seventh day of racing the accumulated fatigue will mean riders will once more have to proceed with caution on the Land Rover Technical Terrain rather than bombing downhill with complete abandon.

In addition to being the official vehicle and route partners of the Absa Cape Epic, Land Rover will also have a number of all-star teams in the 2018 race. The list reads like a guide to sport’s hard men with the famously gritty Gary Kirsten; captain courageous John Smith; the All Black flyhalf who mixed flair with physicality in equal parts, Carlos Spencer; and the ultimate South African endurance junkie, Martin Dreyer.

The ex-Protea opening batsman and coach has been putting in the hard yards to prepare himself for the 2018 Absa Cape Epic’s Land Rover Technical Terrain. “I’ve only been riding mountain bikes for three years. I rode with (former Sharks back) Jeremy Thompson and watched him ride” Kirsten confessed. “You can never stop learning though” and he has been receiving pointers from one of South Africa’s top mountain bikers Candice Lill in recent months. “Riding behind Candice has taught me even more, understanding how she moves around corners and takes them so cleanly. It made me realise how bad I am.”

With the months between now and the start of the 2018 Absa Cape Epic, on the 18th of March, ticking by at a furious pace there is limited time for skill improvements. That said Dreyer’s oft-repeated mantra of “how to eat an elephant” rings true for the Absa Cape Epic in general and the Land Rover Technical Terrain sections in particular… “one bite at a time” just as long as that bite is metaphorical rather than a literal bite of the untamed African soil.