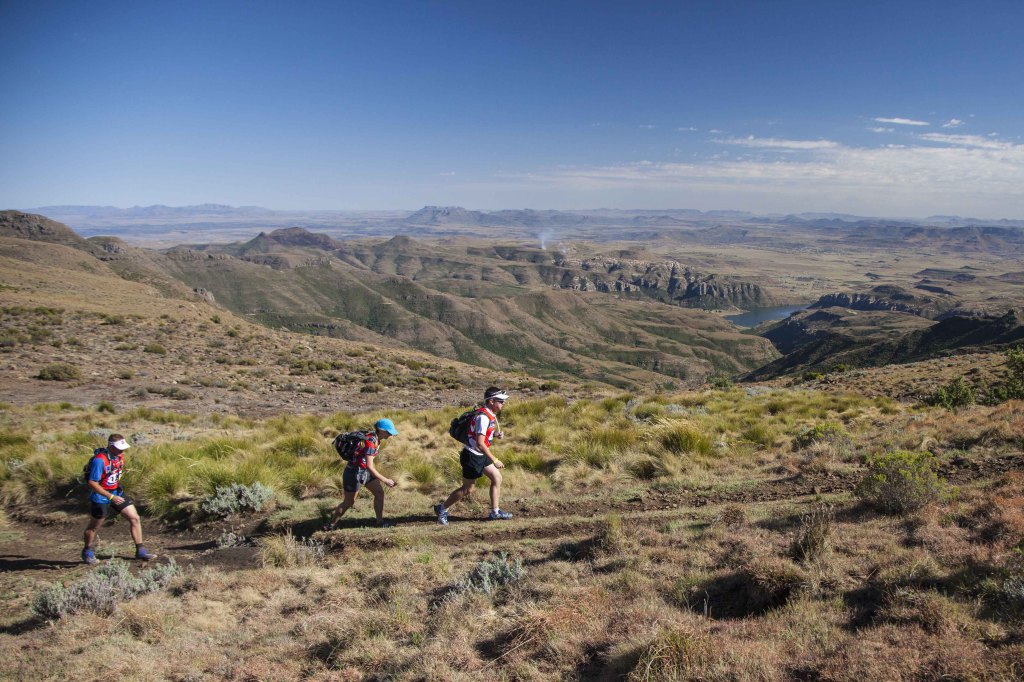 Still looking for that last challenge for the year? Skyrun LITE is for you

The Salomon Skyrun is arguably the toughest off-road footrace in South Africa. The 100-plus kilometres (depending on your navigation skills) routes over an unmarked, high-altitude course along the remote Herschel / Lesotho border fence in the highlands of the north-Eastern Cape. Most runners will take over 27 hours to make it from Lady Grey to the finish at Wartrail Country Club.

But there is an easier way to be a part of this spectacular event – the Salomon Skyrun Lite. Of course ‘easy’ is relative out in the mountains and the Lite is still 65-kilometres long. The Lite also starts in Lady Grey and the route follows the exact same one as the Full. As with the Full, runners need to be totally self-sufficient and navigate by map, compass and GPS unit.

This year, however, instead of finishing at the bottom of Balloch Wall, as in the past, the Lite will include the icon.

“Both the Full and Lite will finish at the Wartrail Country this year,” says Michael de Haast from Pure Adventures. “That means athletes who enter the Skyrun Lite will be taking on the beast that is Balloch Wall and will then be going directly to the Wartrail Country Club.” De Haast believes this will create a great vibe at the Country Club for finishers and spectators alike.

Not only does the Lite offer the best of the Skyrun route and a chance to be a part of this iconic event, but it also serves as a qualifying race for the Full, which means you wouldn’t have fulfil any other criteria to enter the 2015 event.

Entries for the Full Skyrun is limited to 150 athletes; and 100 for the Lite. Entries close on Wednesday 15 October, so enter now: