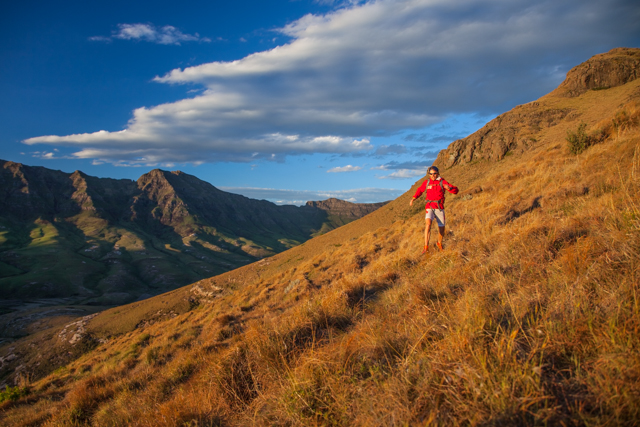 Follow the action live at Salomon Skyrun power by PowerTraveller

The 2014 Salomon Skyrun powered by PowerTraveller has attracted some of the world’s top elite trail runners and this year, for the very first time, it will be possible to track the racers in real time.

“The system will run as a web application that can be accessed from any browser enabled device – smartphone, tablet or PC,” explains Bodo Sieber, Head of Marketing at TagActive.

This will enable supporters, friends and family not only to track runners but also to interact with them via social media. “Each runner who has a tracker will appear as an icon on the map, which shows the terrain, the birds eye view of the trail as well as all check points,” Sieber says. “Supporters can click on the runner to see his or her distance covered and speed in kilometre per minute.”

Fans will also able to search the database of runners and see their position on the map and checkpoints they have passed. Tag marshal are using specialised GPS / GPRS tracking devices that send live position (latitude and longitude, altitude, speed and distance updates) at predetermined intervals. The top 40-ranked Skyrun runners will carry these TagActive live tracking devices as an initial pilot race for the system in 2014.

“All the contestants –  there are 250 in total – will be tracked at the checkpoints throughout the race in realtime,” says Sieber. “We are looking to offer the minute-by-minute live tracking to the full field of runners in future races.”

According to Sieber it is not only the runners who will be tested to their limits on the unmarked 100-odd kilometre route through the highlands of the north-Eastern Cape. “The terrain is pretty tricky – even for a high tech solution such as ours – with the mountainous landscape GPS and GPRS signal is not always strong enough to send updates through to our servers,” he says. “Our testing has established at least one ‘dark zone’ with no signal, but we believe this can add some additional excitement to the race tracking. As with all electronic devices, battery life becomes a challenge for an event that spans more than 24hours and it is tricky to get the balance between a small mobile device and having enough battery capacity to go the full distance.”