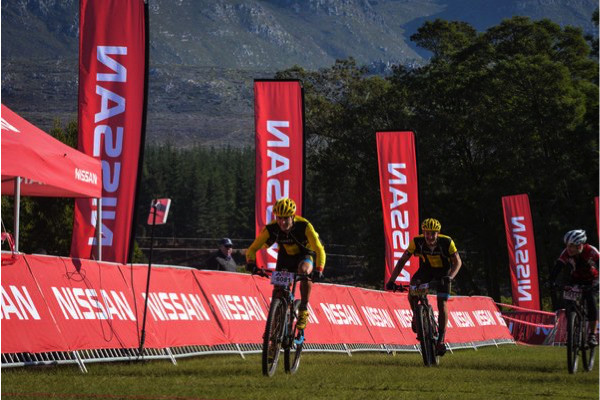 Adriaan Louw and Candice Neethling won the men and women’s marathon titles respectively at the second round of the Western Cape Nissan TrailSeeker Series mountain bike race held at Grabouw on Saturday. The scenic route attracted more than 1000 participants for Round 2 of what looks set to become a popular new series for the province.

Louw won the men’s race in a last kilometre dash against his Contego Swift teammate, Lourens Luus, clocking a time of 3 hours 24 minutes 55 seconds for the 70km route. Luus finished just seconds later in a sprint finish with Dylan Rebello (Team Jeep) rounding out the podium in a time of 3:28:48.

After a fast start, a number of attacks saw the field split up with Louw, Luus and Rebello working up a solid lead over the rest from early on. The trio managed to extend their lead with the pace largely being driven by Luus and Louw.

A dropped chain on a climb with 15km to go saw Rebello slip back a little. His efforts to close the gap saw him get close to the Contego Swift pair, but proved to much for the Team Jeep rider, who, with 10km to go, was forced to concede defeat and rode to the finish alone.

For Louw, who was quicker than Luus in the last few hundred metres, it was a welcome victory after a tough first half of 2015.

“I battled a bit early on this year. I put in a lot of hard work after the Cape Epic and it looks like the legs are finally coming around. We have a very busy racing schedule for the second half of the year an this 1-2 team finish was a good way to get that off to a successful start,” said Louw, who was complementary of the route.

“You can’t really have a bad race route in Grabouw. The mountains, forests and singletrack are of the highest order. The Advendurance guys set up a great route and I had a lot of fun out there,” added Louw.

For Luus, second place was confirmation of his continued return to form following an injury layoff.

“It’s been a while since I felt this good on the bike. After getting third place at SA Marathon Champs a few weeks back, I’ve been focussing largely on the SA Cross-country champs next month. My injury had me off the bike for 10 weeks, which is a long time. Maybe it was a blessing in disguise because I’ve returned quite strong,” smiled Luus. 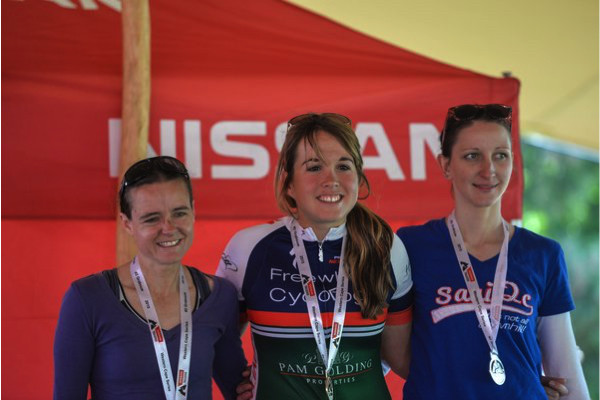 The women had their own start in the marathon event, which allowed them to race without interference from the men for most of the distance. This is now the norm in Advendurance events and very well received by the women racers.

From the start, Neethling (Freewheel Cycology/Pam Golding), a 2012 Cross-country Olympian and Carmen Buchacher, set the pace, steadily working up a lead over their rivals on the early climbs. Then at around 45km in, Neethling managed to move clear, gradually increasing her lead to finish first in a time of 4:05:19. Buchacher finished two-and-a-half minutes later, with Tanja Oosthuyse completing the top three in 4:18:14.

“It was so cool that we had our own start. From the beginning, Carmen and I worked together off the front. It was a challenging course with not much in the way of open roads so you had to work hard the whole way,” said Neethling.

“At about 45km, on a fast downhill, I got a bit of a gap on Carmen. I managed to stay ahead of her for the rest of the race because it got quite technical from there. My cross-country background certainly helped, especially in the latter part. I use less energy that those girls not used to technical courses which counts in my favour,” added Neethling.

“I enjoyed riding with Candice from the beginning. It was steady, not too hard. Towards the end I had some issues with a bottle cage. Not a big deal but Candice could get away. I still enjoyed it. A technical course but definitely enjoyable,” said Buchacher.

Round 3 of the Nissan TrailSeeker Western Cape Series, the Hemel & Aarde, takes place on 10 October 2015 at Hermanus. To enter, or for more information, visit www.trailseekerseries.co.za