Madiba and Soggot surge ahead at Richtersveld Wildrun™ 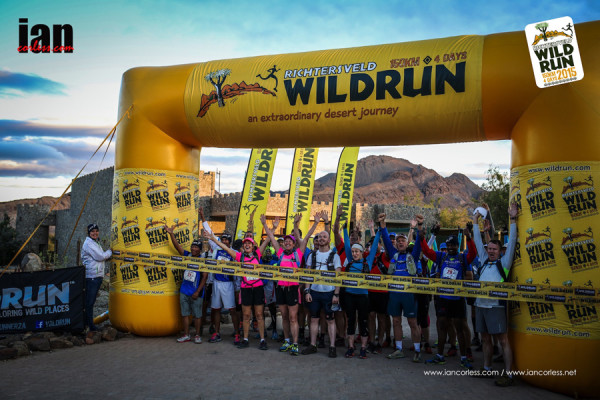 The start of the Richtersveld Wildrun™. Copyright Ian Corless

The second Richtersveld Wildrun™ got underway at Sendelingsdrif this morning as almost 40 trail runners took off on the adventure of a lifetime. A few top athletes were amongst the excited faces and, as expected, the racing was hot at the front of the field, despite the cold weather and the absence of defending champion, Bernard Rukadza who had to pull out because of illness.

Thabang Madiba didn’t wait long to open up a lead and when he went through the first official checkpoint of the day at 17.5km in 1 hour 30 minutes, he was two minutes ahead of his closest competitor, Dale Wheeler. Only three minutes after Wheeler, and fourth overall, was the indomitable Katya Soggot. The ladies race was still a tight affair at this stage with Karoline Hanks two minutes behind Soggot, and Nikki Kimball from the USA a further three minutes behind. 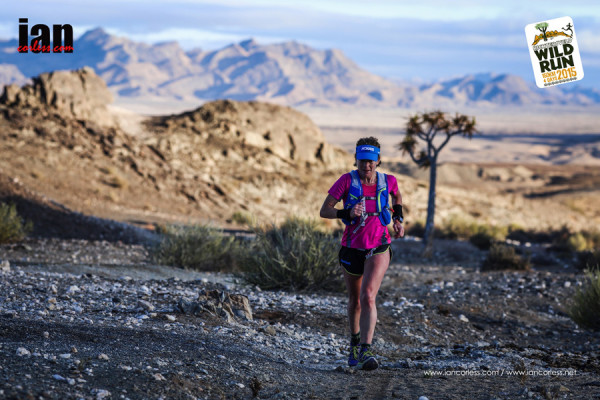 Kimball overtook Soggot shortly after the checkpoint but after some navigational errors she lost a lot of time and eventually came home fourth lady in a time of 4:39:31. Soggot, on the other hand, made no mistakes and took charge of the race as she came home third overall in a time of 3:51:48.

For the second year in a row, the weather has taken a turn for the worst with a frosty wind bringing rain to the desert. However, spirits remain high despite the weather with all runners enjoying a warm drink and exchanging war stories in the communal area.

Race updates will keep coming during the week and more photos will follow later tonight on www.wildrun.com. Watch this space.