Majka wins in the mountains again 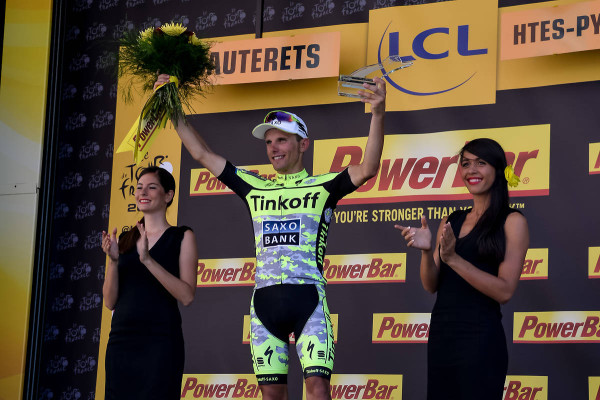 Rafal Majka claimed his first victory of the 2015 season as he repeated his two stage victories in Risoul and Saint-Lary-Soulan at the first Tour de France he took part in last year. The Polish climber rode away solo from a breakaway group to clinch the prestigious Souvenir Jacques Goddet at the top of the Tourmalet. A surprise King of the Mountains last year, he confirmed his status as a great Tour de France contender once he got freed from his domestique duties at the service of Alberto Contador. Chris Froome kept the race under control and retained the yellow jersey.

183 riders took the start of stage 11. Lieuwe Westra (Astana) initiated the first breakaway right after the start. Michal Kwiatkowski (Etixx-Quick Step), Bob Jungels (Trek Factory Racing) and Edvald Boasson Hagen (MTN-Qhubeka) went with him. They never got more than 45 seconds advantage and were reeled in by a fast and furious peloton at km 47. The race went on at a very high speed. A split occurred in the bunch prior to the intermediate sprint at Pouzac (km 56.5). Green jersey holder André Greipel (Lotto-Soudal) struggled to make it back to the first group and only managed to cross that line in ninth place while Peter Sagan (Tinkoff-Saxo), second to Matteo Trentin (Etixx-Quick Step), virtually moved back into the lead of the points classification.

Many attacks went on. Team Sky cancelled a 22-man breakaway in which last year’s young French duelists Romain Bardet (AG2R-La Mondiale) and Thibaut Pinot (FDJ) had taken place. Thomas Voeckler (Europcar) and Rafal Majka (Tinkoff-Saxo) who respectively won the King of the Mountains competition in 2012 and 2014 attacked at km 75. A group of five was formed with the reinforcement of Serge Pauwels (MTN-Qhubeka), Steve Morabito (FDJ) and Emmanuel Buchmann (Bora-Argon 18). Arnaud Démare (FDJ) and Julien Simon (Cofidis) came in help at km 90. Dan Martin (Cannondale-Garmin) and Andriy Grivko (Astana) launched a counter-attack prior to the ascent to col d’Aspin in which Martin produced a strong effort on his own with the intention to bridge the gap to the leaders while the peloton led by Team Sky had a 6-minutes deficit. Martin replaced Démare in the 7-man leading group 3km before the summit of Aspin. 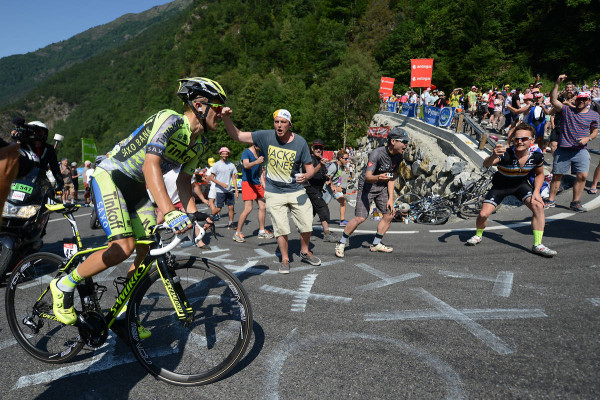 Majka goes solo in the Tourmalet

Majka sped up with 7km to go to the col du Tourmalet. He continued solo while Astana decided to take over from Team Sky at the head of the peloton on a much higher speed. It made a yellow jersey group of fifteen riders only on the way up to the Tourmalet. At the highest summit of the Pyrenees, Majka was 1.45 ahead of Pauwels, 2.00 ahead of Buchmann, 2.05 ahead of Martin, 4.05 ahead of Voeckler and Simon, 5.20 ahead of Morabito, 5.40 ahead of the peloton led by Chris Froome who increased his overall lead in the KOM classification by 6 points. Pauwels reduced his deficit in the downhill but couldn’t close the last one minute gap. The Belgian rider from MTN-Qhubeka courageously chased by himself until Martin passed him in the last climb of the day, the côte de Cauterets, with 5km to go. Majka stayed away and claimed his third stage victory at the Tour de France and Chris Froome retained the overall lead.