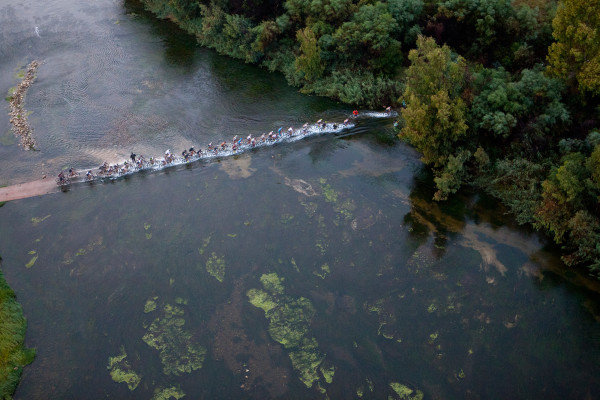 The third stage of the 2016 Absa Cape Epic will be the 100th in the history of the race, and event founder Kevin Vermaak has promised something special for that day.

“We are looking at a variety of things we could lay on to make it memorable,” said Vermaak.

Might it be the longest stage ever in the history of the Absa Cape Epic? A 100-miler (that’s 160 kilometres) on the 100th stage? A mountain top finish?

“Watch this space,” said Vermaak. “We’re determined to make it a day to remember.”

The 2016 Absa Cape Epic will be held from March 13 to 20. Early Bird entries for the world’s leading mountain bike stage race’s 2016 edition will go on sale at 3pm (GMT + 2) on March 23 this year – the day after the finish of the 2015 race. These entries have sold out almost instantaneously in recent years.

The 2016 event will cost R59 600 per team. The Rand’s decline means, however, that the revenue that the race receives in Euros and Dollars will actually decline. Entrants paying US dollars, for example, will be paying less in 2016 than they did in 2012.

Part of the event’s expenses are also priced in Euros and Dollars.

“It’s a delicate balance trying to keep it affordable for South Africans at a time when the Rand is declining,” said Vermaak. “In spite of the growing international interest – applications from overseas now comfortably exceed those from locals – we want to continue encouraging and growing South African mountain biking.”

The entry fees to the Absa Cape Epic only cover 55% of its budget, considerably less than other comparable events.

The race is also reviewing its wildcard entry system in an attempt to accommodate the growing interest from professional cycling teams around the world. The number of professional teams wanting to take part has also grown sharply in recent years.