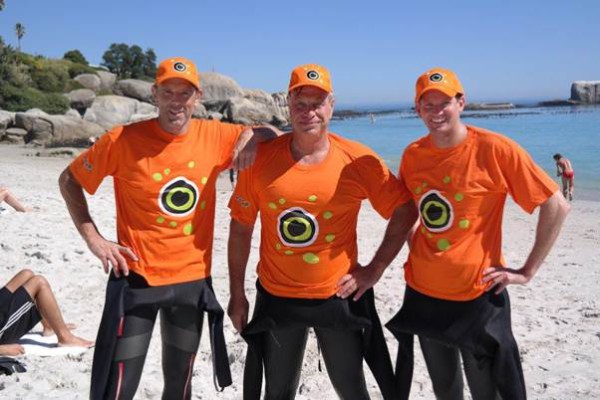 Six Cape Town based Mango pilots have entered two teams in the Corporate Challenge of the Discovery World Triathlon Cape Town, taking place at the V&A Waterfront on Saturday 25 April and Sunday 26 April. The race will be hosted at the V & A Waterfront, making it the second time that the prestigious event will be held on the African continent, with the finish at the brand new Green Point Athletics Stadium.

Says Evan Alpert: “We’re very excited to participate as part of the Corporate Challenge. Mango Airlines was the first airline in South Africa to enter. All six of us are Cape Town based pilots and managed to put in Roster Bids to ensure that we are not scheduled to fly on Sunday, 26 April. Derek de Vries and Paul Vosloo have also entered in the individual Olympic distance event on the Saturday of the race.”

According to Alpert, “we’re generally quite a fit bunch of guys who believe that a healthy mind is a healthy body, quite an appropriate adage when piloting a Mango Boeing Jet through the skies! There were more Mango pilots that were keen to team up, but someone has to keep the Mango flag (planes) flying.”

Alpert explains that some of the pilots have entered triathlons previously. “With us all being mates, we gained knowledge about the Discovery World Triathlon Cape Town event through word of mouth. We tried to challenge pilots from a rival airline but they opted out. That has left a healthy balance of camaraderie and rivalry playing itself out between ourselves. We have a support team that will be present at the event, so watch out for the bright orange caps and T shirts.”

The Corporate Challenge is ideal for first timers looking for an introduction to triathlon. Each leg is very manageable with a 500m swim, 20km bike ride and 5km run. Each team member will hand over their timing chip (the baton) at the end of each leg. The swimmer hands over the chip to the cyclist after coming out of the water, the cyclist hands over the chip to the runner after coming back from the bike course and the runner finishes off the race.

One hundred and thirty elite triathletes from 80 countries will participate in this year’s Discovery World Triathlon Cape Town. This will be the fourth event in the ten city tour, which finishes in Chicago later this year. It is only the second time that a leg of the ITU World Triathlon Series will be hosted on the African continent, with the finish at the brand new Green Point Athletics Stadium.

Join the action at the V & A Waterfront. For route information or to enter go to: http://www.capetown.triathlon.org/enter/.

Triathlon is for everyone. Come prove it!