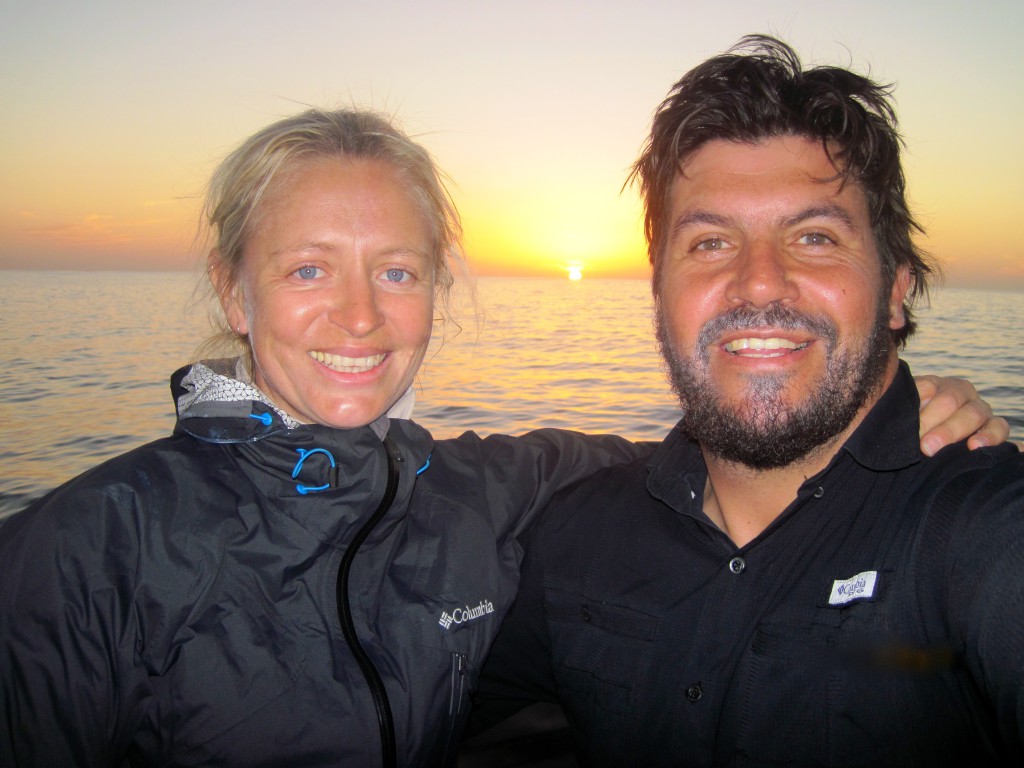 Manser is a South African solo-adventurer, who has not only circumnavigated the coast of Africa by bicycle, but is also the first person to kayak around Madagascar, alone and unaided. He has also circumnavigated Iceland in a two man kayak with Dan Skinstad as well as made history with his fiancé, Vasti, by being the only people to have rowed from mainland Africa to mainland North America. Vasti also became the only woman from the African continent to have rowed across any of the world’s oceans.

He is celebrated around the world for his adventures. She joined him on a 6 000km journey by rowing boat from the African continent to New York.

Now Riaan Manser and Vasti Geldenhuys have set their sights on a new challenge – doing the 2015 Absa Cape Epic together.

Manser had decided he would “love to do something with Vasti again”, while she had been long been wanting to take on the Absa Cape Epic

Geldenhuys said the urge to compete in the world’s premier mountain bike stage race had taken root when she and Manser watched the finish in 2012: “We were on the spectator side of the barriers and it just felt wrong.” Tackling the eight-day stage race became a regular subject as they shared a rowing boat for 133 days: “Riaan and I had a lot of time to talk on the boat and the Absa Cape Epic was one of my favourite topics.” Manser laughs: “Vasti was nagging me about it for 6000km across the ocean.”

Manser rose to international prominence by completing three world firsts: cycling the entire perimeter of the African continent, circumnavigating Madagascar on a single kayak and then paddling around Iceland with partner Dan Skinstad in a double kayak.

The “Take me to New York” journey in a seven metre rowing boat was the first time Geldenhuys, his partner for 14 years, joined him on one of his adventures. By doing so she became the first woman from Africa to row across any ocean. They left from Agadir on the Moroccan coast and arrived six months later in New York, also becoming the first people to row from the African continent to North America.

“I realise the Cape Epic is extremely physical,” said Manser. “But through my explorations I know the mental part of it may be much tougher.”

He is an experienced cyclist – his circumnavigation of Africa took place 11 years ago – but Geldenhuys is a relatively new to the sport: “I did my first mountain bike race about three years ago when a friend had an extra entry for a stage race. I hadn’t done any mountain biking before. I was amazed at how tough it was, but since then, I was hooked,” she said.

While not entertaining any racing ambitions, they both want to do as well as possible in the event: “We want to finish and finish well,” said Manser.

“Riaan and I are both very competitive. We aren’t going for a podium finish but would love to push ourselves and each other,” said Geldenhuys.

Relationships are key to a successful Absa Cape Epic. Did Manser think that their Ocean experience would help?: “No, I think we need a little more time.  We still have a lot of topics we didn’t discuss for the third or fourth time,” he laughed.