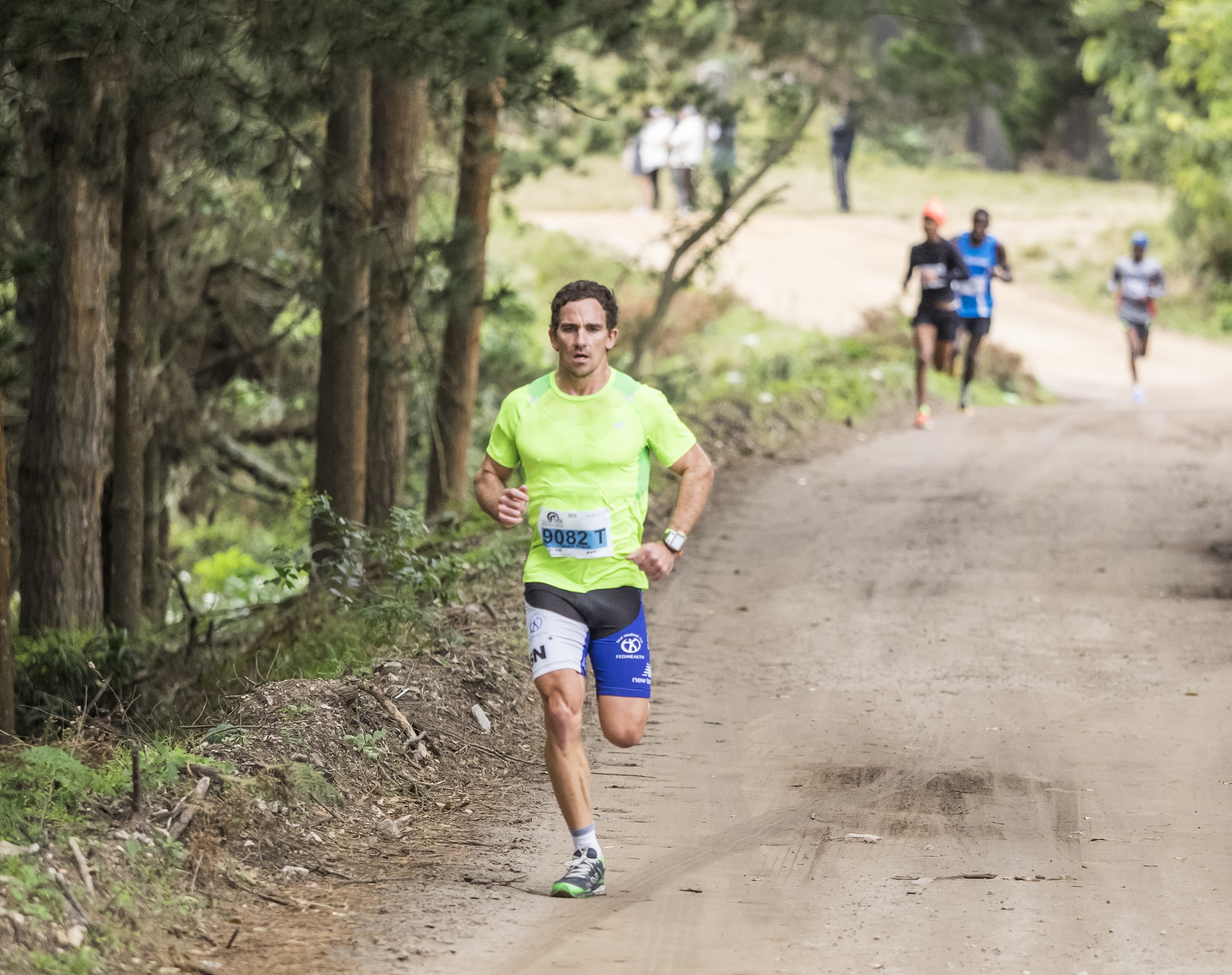 The BIG5 SPORT CHALLENGE is a sporting highlight of the annual Pick n Pay Knysna Oyster Festival 3-12 July. It’s an adventure race with a multi-sport twist, not for the faint-hearted!

In the ladies challenge, Andrea Steyn finished the BIG5 just one point ahead of fellow contender Carla van Huyssteen. Third was Caroline Wallace, a whole 76 points behind the winner.

“The extremely narrow margin between the top two contenders in both categories shows how exciting this challenge has been,” said Marescia. “Although Marais took the lead early with the 80 km MTB, he had to fight really hard to regain his position when Theo beat him in the lagoon swim. But he managed to pull ahead and stay in first position with solid wins in the trail run, the Xterra and today in the 21 km.”

In the ladies BIG5, the one point difference in the final scores is indicative of the massive struggle that took place between Steyn and Van Huyssteen. “Carla started off strong in Saturday’s MTB race and extended her lead over Andrea in the lagoon swim,” says Marescia, “but Andrea showed her running strength, winning the trail run, then the Xterra and finally the 21 km.”

Marais said that he was delighted to wrap up the BIG5. “I had a great forest half marathon. Travys (Wilkins) and I ran really well together. It was lovely and cool at the start in the forest and warmed up nicely with beautiful cloud cover. It was really perfect running conditions. I had a solid run and felt good and strong.”

Steyn said that she struggled on the downhills because her legs were sore from earlier events this week. “Overall it was a good struggle between me and Carla. Hopefully more people will compete next year.”

Van Huyssteen said that the half marathon is always very daunting. “It’s amazing going through the forest but there’s a lot of descending especially past Simola and it hurts! Andrea is a superb athlete. Any day you go into a race with her you know you are going to work harder and she’s been running really well so if I run even close to her I’m really happy. Coming second in BIG5 to Andrea is amazing. Next year I’ll be back and ready to fight again.”

Men’s BIG5 runner up Theo Blignaut, said that today was his first ever Knysna half marathon. “I had no idea how to pace myself and think I could have started a bit quicker. But second in BIG5 is awesome. It’s a stunning event and I really had a lot of fun this week and I’m sure I’ll be back next year. There’s so much potential for this event to grow.”

Marais said that the event was fantastic this year. “There was a great camaraderie between all the BIG5 athletes who were able to get together after each event in the chill zone. I look forward to the event growing over the next couple of years. I’ll be back because I love the vibe around it and I’m hoping to bring my family next year.”

“This year’s BIG5 has been an awesome event,” agreed Marescia. “We had some outstanding athletes competing and we are hoping that it will grow and become a must-do event on every multi-sports athlete’s calendar.”

The multi-sport challenge is a highlight on the annual Pick n Pay Knysna Oyster Festival programme, which kicked off on Friday 3 July and ends tomorrow. The five events are the Momentum Weekend Argus Knysna Cycle Tour presented by Rotary 80 km MTB, the Knysna Dragons Lagoon Mile, the 14 km The Salomon Featherbed Trail Run presented by GU, the Totalsports XTERRA presented by REHIDRAT® SPORT and the Momentum Cape Times Knysna Forest Marathon Half Marathon.

For more information on the BIG5 Sport Challenge: