Marais the man to beat at ROAG Series #2 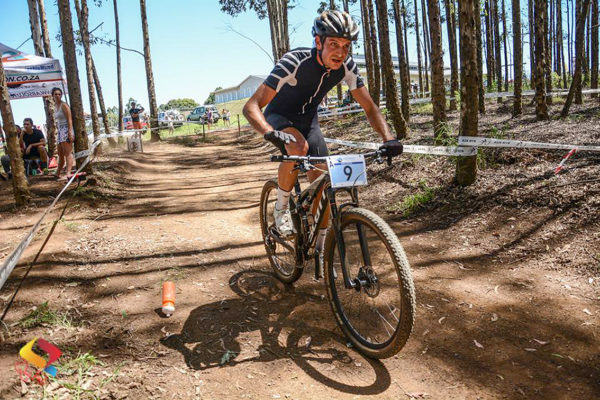 PIETERMARITZBURG – Stuart Marais heads into the second leg of the Quattro ROAG Series at the Holla Sugar Rush Classic in Ballito on Sunday with a target on his back after securing victory in the opening leg last month.

At Wartburg in February, Marais was able to eke out a victory over David Low and both are likely to be lining up again at Sugar Rush this weekend, but there will also be a few other big names ready to unseat the cross country specialist.

“I am hoping to pick up a second win, but I think there will be more competition this time,” said Marais earlier this week. “I know Andrew (Hill) will be there and I am pretty sure Travis (Walker) will take part, so things will be a bit tougher at Sugar Rush.

“I have just come back from PE to Plett where Andrew and I finished second despite a few problems. I had some stomach issues and then Andrew sliced his back tyre which lost us a bit of time, but it went OK other than that.

“I think Andrew and I were pretty evenly matched at PE to Plett so we should have a good race on Sunday. We each went through patches where we took strain. But I would say neither of us were completely stronger than the other.

“Travis also won the Berg 100 this weekend so he is strong at the moment.”

In the women’s MTB series Cherie Redecker is on top of the log with 100 points, but the talented rider is now living in Europe and concentrating on the international cross country circuit in an effort to climb the UCI rankings.

That opens up the field for some great battles for the likes of Natalie Bergstrom and the young and talented Christie-Leigh Hearder as they fight for points and their R25 000 reward at the end of the series.

Bergstrom is currently second on 86 points, 12 ahead of Hearder, and whoever finishes top between these two could take over top spot.

Hearder will be determined to put in a good showing at Sugar Rush after she got lost at the opening leg of the series at Wartburg which cost her any chance of a deserved second position.

But Bergstrom will be just as motivated to go top of the standings at what is a “home” race for her. She know the Holla Trails routes exceptionally well.

This year, for the first time, a trail running series is being held in conjunction with the mountain bike event and going into the second round of the series, Mthoko Chamane holds the lead over Lungisane Majola in the men’s standings, while Wendy Mills leads Alison Wasserfall in the women’s event.

The course designer of the Holla Sugar Rush Classic, Nic Jordan, said the route was a “combination of all the best parts of the Holla Trails routes.”

“The 45km is mostly the best pieces of the Pink, Red and Silver with a bit of the Maroon thrown in as well. I think it will be a great challenge for the top riders and some wonderful enjoyment for the weekend warriors.”

Gill von Bruddenbrock, the race organiser, was excited about the improved facilities and was confident the race would be a significant step up from previous years.