Mathaithai Trail Run fast becoming a favourite on the calendar 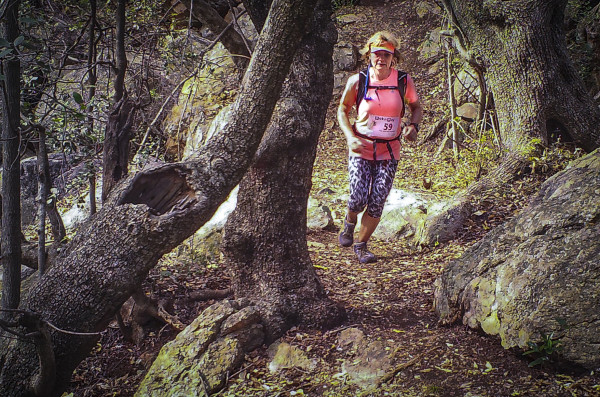 Mathaithai Trail Run at Lebone II – College of the Royal Bafokeng, in the North West has been running for four years as a small community event. Over the past two years the number have swelled exponentially due to the spectacular routes and great vibe. This year’s event – scheduled for 22 October – is set to go to take the event to an exciting new level.

RUSTENBERG – Lebone means “light” in the Setswana language and Lebone II – College of the Royal Bafokeng was named after its founder, former Kgosi (King) Mollwane Lebone Boikanyo Molotlegi, chief of the Royal Bafokeng Tribe of South Africa. The school and its sprawling grounds are as majestic and impressive as the name suggests and this spectacular place of learning is the venue for the Mathaithai Trail Run.

What has for the past four years been a fund raising effort by the local school and surrounding community has turned into a major attraction and the run is set to be even bigger and better in 2016.
The Pick n Pay Mathaithai Trail Run 2016 will take place on Saturday 22 October at Lebone College outside Rustenburg. Now in its fifth year this fun and challenging run will feature a 5km family, a 10km Trail Run and the mainstay, the 25km Tshufi Hill Challenge, aimed at serious athlete only.
A new addition to what is a festival weekend is the Pick n Pay Mathaithai Mountain Bike Race on Sunday 23 October in partnership with Rustenberg Cycling. Lebone College is a piece of the Bafokeng Nation, and maintains itself both as an institution which shines the light of education and shines with pride from the Bafokeng nation.
In 2015 there were over 700 entries for the race, with over 200 of these from the Rustenburg community and entries for the elite race almost doubled from the 2014 event. In 2015 Lebone II experimented with how far the race entries could go – literally. Entrant’s distances were recorded against the distance between Lebone II and the summit of Mount Kilimanjaro, with spot prizes for those who covered every 200km. Attendees ranged from young family groups walking together, to disabled people completing a fantastic achievement, to those tackling the 25km trail run.
“The Mathaithai Trail run is an annual event of exercise, community unity, family  fun and individual challenge,” commented Lebone headmaster David du Toit. “In 2015 our goal of reaching the peak of Kilimanjaro was achieved easily, with our collective distance covered on the day by our 674 runners being 5 150km.”
The 2016 instalment promises to be an event on another level altogether with the 25-kilometre route taking runners from bushveld through gum plantation to spectacular indigenous forest and on up to the very top of Tshufi Hill, which affords fantastic views. The trail is mostly singletrack and highly technical in parts due to gradient, boulders and loose gravel.
In addition the 2016 event has Pick ‘n Pay Northern Region on board as title holders and ABI and Land Rover as major big sponsors. The event is also officially recognised by Discovery Health.
Entries open soon, for more information, LIKE the Facebook page: (https://www.facebook.com/mathaithaitrailrun/)
featured Mathaithai Trail Run Mollwane Lebone Boikanyo Molotlegi 2016-07-12
Tiaan Pretorius