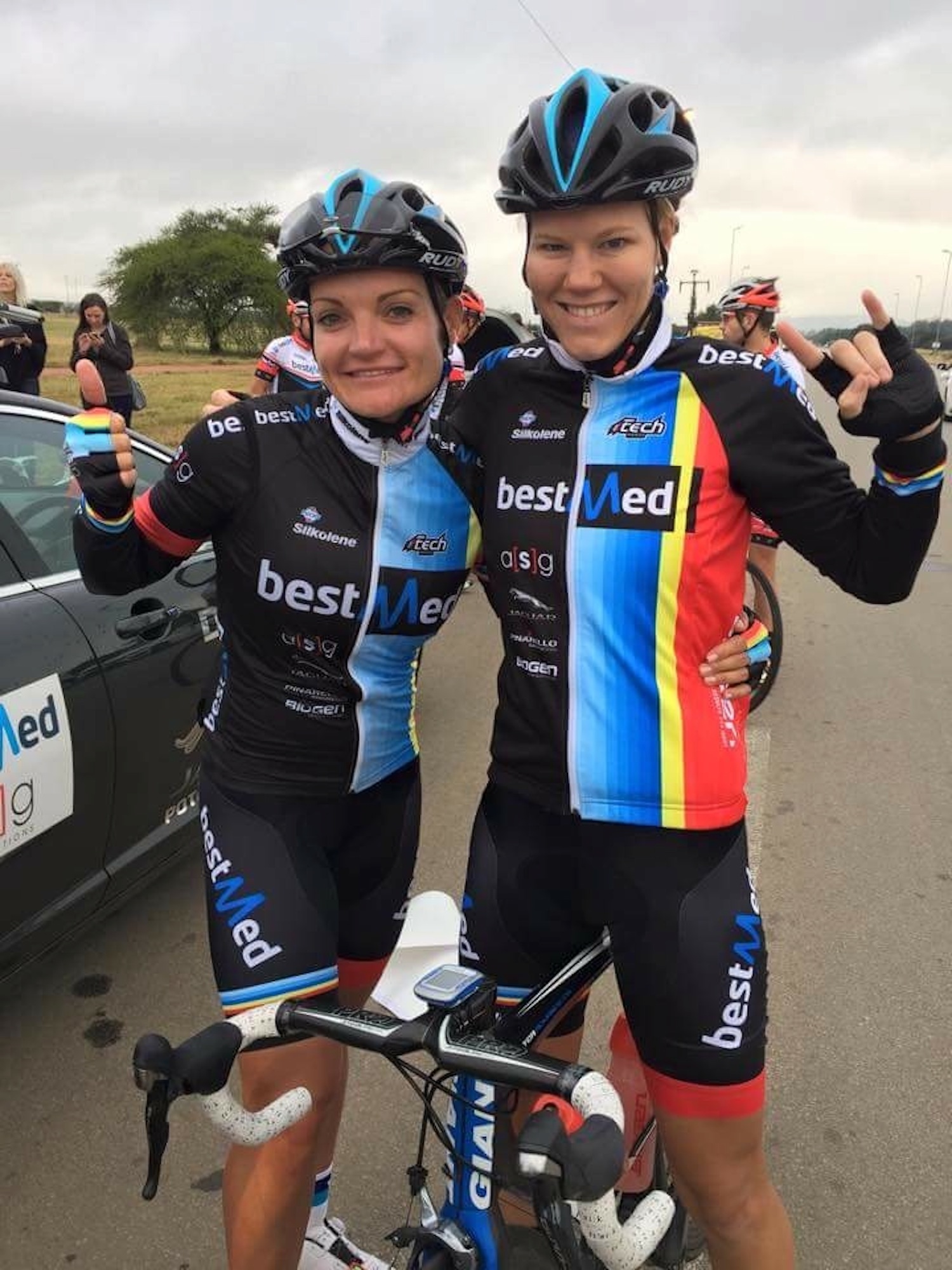 Maroesjka Matthee won a mayoral race of a different sort when she took the title in the annual Polokwane Mayoral Cycle Race in the Limpopo province on Sunday.

Matthee, riding in the colours of Team Bestmed-ASG-Multihull, outsprinted her rivals in the 96km road race to cross the finish line at the Peter Mokaba Stadium in a time of 2:31:11.

She was chased to the line by Clover’s Charlene du Preez and Activate-Demacon’s Lynette Burger, who finished second and third respectively.

Matthee, who scooped seven gold medals at last week’s national track championships, said she was thrilled to have claimed her second road race title of the season.

“It means a lot to me and the team because it shows I’m on the right path for the transition to doing more road racing and finishing them off strongly.

“I didn’t expect things to come together so soon. I know in some of the really tough races I will still learn a thing or two, but I’m trying to capitalise as much as I can on the races that suit me at this stage.”

A small but strong women’s field turned out for the second edition of the Polokwane race. All the big names and teams were represented, including pre-race favourite Burger and her teammate and defending champion An-Li Kachelhoffer.

Matthee said the racing had gotten off to a fairly chilly start but that the pace had quickly hotted up on the fast and flat circuit.

“There were some drags on the route, just enough to hurt the legs. The road surface was also very rough, so you were constantly pedalling and using energy with no time to recover.”

By the 30km mark, the bunch had been whittled down to 10 riders, with all the serious contenders present.

“The first attack came from An-Li, which was followed by some aggressive attacks from the girls at the front, although there were no successful breakaways,” said Matthee.

“I followed two moves but knew it would eventually come down to a small bunch sprint.”

Although the wind had played a factor, the Capetonian said it had been negligible compared to her hometown training conditions.

She said her teammates Desray Sebregts and Michelle Benson had worked hard to protect her and set her up for the win.

“They rode extremely well, covering all of the attacks for me, putting the pressure on and launching their own attacks.

“With five kilometres to go, Desray was on the front and Michelle was sheltering me from the wind.

“It was amazing to pull off the win for them as a thank you for all their hard work.”

Matthee said the race had been exceptionally well organised from a rider point of view.

“We got treated to so much and we really felt special – before and after the event. I look forward to seeing this race become one of the biggest road races in South Africa.”

The men’s race was won by Team Europcar SA’s Ryan Gibbons, with David Maree of Abantu second and Shaun-Nick Bester rounding out the podium for Bonitas.