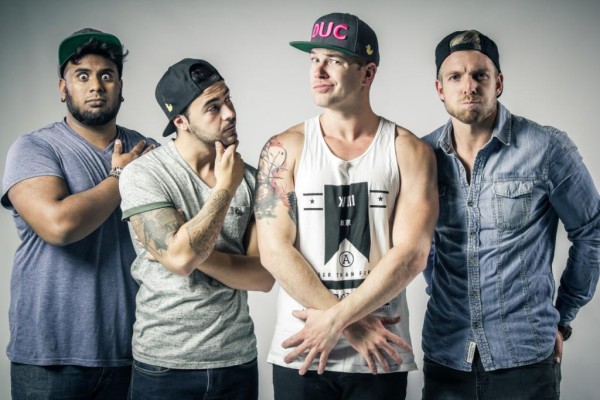 The quirky, funky beats of Johannesburg based band Rubber Duc will certainly be a drawcard at the 2015 Hansa Fish River Canoe Marathon after party on Saturday 10 October in Cradock. Supplied/
Gameplan Media

Cradock – The Hansa Fish River Canoe Marathon is never complete without some top-quality, local entertainment throughout the night following the finish of the gruelling two-day marathon with 2015’s race set to welcome the nationally renowned beats of Matthew Mole as well as the exciting, off the wall musical ensemble of Rubber Duc who will keep paddlers and fans entertained well into the evening on Saturday, 10 October.

Cape Town based Matthew Mole has garnered a large following nationwide after he burst onto the South African music scene with smash hit ‘Take yours, I’ll take mine’ a few years ago with thousands now lapping up his smooth, easy listening sound.

“I am really excited to be a part of the Hansa Fish River Canoe Marathon this year!” Mole mentioned as he jetted off on honeymoon.

The four-man Rubber Duc group’s unique “folk-swing-hop” sound immediately gathered them a flock of followers and media attention – they’ve been called “Joburg’s hottest new band” and “the next big thing” – all of this in the first year of existence.

The band started in late 2013, Nick Jordaan and Brendan Campbell were asked to help out a friend and put together a quick acoustic set and at this near impromptu debut show they were booked for their first “official” gig.

As with many bands, being able to take their music to the smaller communities is always a bonus and the Johannesburg quartet are looking forward to playing their music in front of a crowd that they might not normally perform for.

“Playing in small towns is awesome!” the band said. “The people in the smaller towns don’t normally get a chance to travel to the bigger cities so we go to them and we get to meet some really weird and wonderful people along the way.”

The laid back group from Gauteng have one shred of a canoeing connection but otherwise are new to the sport. They are relishing the opportunity to learn when they get to the canoe-crazy Karoo town of Cradock at the beginning of October.

“Sheldon has been in a canoe before but we have no idea how he managed to do that or why he was in it,” they mentioned light heartedly.

“The rest of us will hopefully get a chance when we get to Cradock and if that doesn’t work then we going white water rafting in December, so that’s close enough!”

Rubber Duc describe themselves as “folk-swing-hop” – a blend of a variety of different genres of music – and with their up-beat style they are sure to keep party-goers entertained and gain many new fans during their time on the Hansa Gig Rig.

Their sound is one of a kind and with four different ideas and influences coming together they feel that is how they best create this unique medley of sounds.

“We would say that our sound kind of grew organically.

“Every member of the band brings their own slightly odd personality to the mix, so it kind of just happened by itself!

The band are a group of friends that do not take themselves too seriously and with a tough two days of paddling under the belt they will be great entertainment for the inevitable masses that enjoy the Hansa Fish Saturday Night Party.

“We believe that it is important to care about the integrity of our work, but we are no more or less special than anyone else.

“However with that said we have a lot of fun together, whatever we do, and that shows when we perform and we hope that people will enjoy it!”