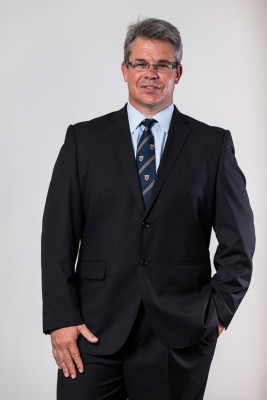 A year ago, Bestmed Medical Scheme’s marketing and sales chief Chris Luyt didn’t own a bike, let alone compete on one.

Today, the executive he has morphed from flabby to fit – a walking advertisement for the company’s new health currency initiative, HealthBucks™.

His motivation was the Bestmed Tour of Good Hope, a gruelling five-day international road cycling tour covering more than 530km through the scenic but rather mountainous Boland in early March.

Team HealthBucks were one of 22 teams that competed in the amateur category, said Luyt.

“I found it tough, especially since I have never done five consecutive days of cycling.

“The only other time that I did this much climbing was when we summited Mount Kilimanjaro in 2005.”

Luyt, 45, has “always had a passion for cycling”, but last competed at university, since career and other responsibilities slowly ate away at his time on the road.

“A year ago I didn’t have a bicycle and I wasn’t fit at all. This proved to be a major challenge, but, getting fit, participating in events and making new friends was great fun.”

His decision to change his lifestyle dove-tailed neatly with the company’s virtual currency plan, which is still in its pilot phase and due to roll out to more than 95 000 Bestmed members in the near future.

“It will benefit members who are serious about living healthy and happy lives,” said Luyt.

He said the currency was points-based and a point could be redeemed for a rand value item at participating suppliers.

“Members would be able to use HealthBucks to cater for more elective and preventative processes beneficial to their health and wellness.”

Team HealthBucks earned points for every stage of the Tour of Good Hope, which enabled them to donate in excess of R20 000 to the Clicks Helping Hand Trust (CHHT), who assist more than 60 000 disadvantaged mothers.

“Although Bestmed did not sponsor Team HealthBucks, many of the members are part of the group working on making it a success,” said Luyt.

Encouraging medical aid members to focus on a fit lifestyle was key to building a healthier country, he said.

“Health is a complex topic and as a developing economy our nation’s health demands are, in many ways, unique.

“As a private sector open market player, Bestmed aim to provide a funding model where people can gain access to the best healthcare professionals and facilities.”

Luyt said people spent, on average, 80 per cent of their life’s healthcare in the last 10 years of their lives.

“We need to make sure that our healthcare funder is sustainable, not misused and there for us when we need it.”

“Convenience food is a big issue, not only here, but worldwide. It’s a concern that the World Health Organisation consider South Africans, on average, to be grossly obese.”

He said that during a recent Captains of Industry colloquium in Cape Town, international examples were cited in which the spread of obesity was compared to the spread of contagious disease.

“Research cited by Dr Christo du Preez indicated that if your best friend is overweight, for example, you have a 90 per cent chance of also being overweight. The same applies to spouses.”

Luyt said Bestmed’s focus was keeping the scheme solvent and sustainable, goals only achievable if more research was done on the link between lifestyle and disease.

“The recent year’s escalations in non-communicable and chronic disease gave rise to a need to understand the dynamics behind non-communicable diseases, such as bad eating habits, lack of exercise, smoking, drinking and stress.”

The scheme’s ‘wellness solution’ was based on five pillars – Be Safe, Be Active, Be Nutri-wise, Be Fin-fit and Be Happy – and these criteria would be used for earning HealthBucks, said Luyt.

“Leading by example is often easier said than done. We encourage our members to live according to the five wellness pillars and, as a member and employee, I’ve instilled them into my own life.

“Without these pillars, I probably wouldn’t have been able to compete in the Tour of Good Hope. It’s impacted my life a great deal.”