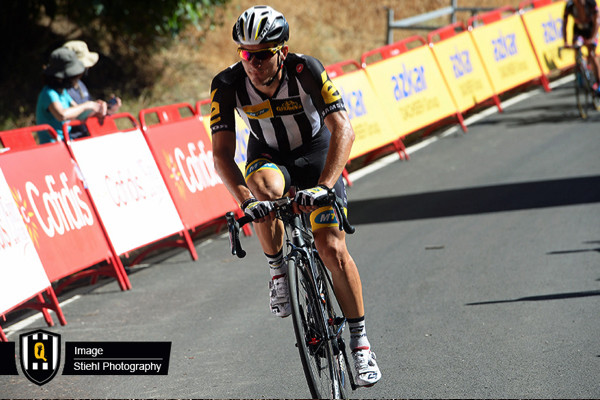 The Memorial Marco Pantani would see the Italian National Team make a clean sweep of the podium as Diego Ulissi won ahead of Giovanni Visconti and Vincenzo Nibali . Our fast man Kristian Sbaragli won the bunch sprint for 4th, a handful of seconds after the 3 crossed the line together.

It would be an aggressive race with constant attacking. The initial break of the day was made up by 4 riders, our South African Johann van Zyl was representing our African team in the move. The quartet enjoyed just over a 3 minute lead before things started to get a bit crazy back in the peloton.

With still 100km to go the attacks started coming thick and fast which saw the gap to the leaders plummet. It was around 18 riders who rode across to the 4 leaders while the peloton split in two, with smaller groups all over the road too. While a general regrouping was taking place behind, the big lead group started going at it again and Nibali, Ulissi and Visconti managed to get away with 50km to go.

It then became a 3 man time trial to the finish with the peloton chasing at 2 and half minutes behind. MTN-Qhubeka p/b Samsung was one of the teams assisting with the chase but the 3 Italians would arrive with 40 seconds to spare. Kristian was clearly the fastest out the riders that were left in the reduced peloton, taking 4th place.

Kristian Sbaragli – Rider
The race was hard with a 6km climb that we had to do 3 times. The Italian team made the race very hard and eventually had 3 guys ride away. I was in the group behind of around 35 riders. Unfortunately we could not close the gap and they survived with 40 seconds. I won the bunch sprint behind.

Alex Sans Vega – Sport Director
It was another exhibition by Nibali just like in the last few races. We did a good race as team. We tried to get in the break and after 35km Johann got some time over the peloton with 3 other riders. Halfway through the race Nibali exploded the race, the peloton was in pieces. Basically the final situation was 3 Italian riders  being chased by a small peloton of 35-40 riders at 2’30” with 40km to go. Serge and Daniel started working in front with 30km to go but we couldn’t bring them back. Kristian won the group sprint and in all, I was very satisfied with the work of the guys.