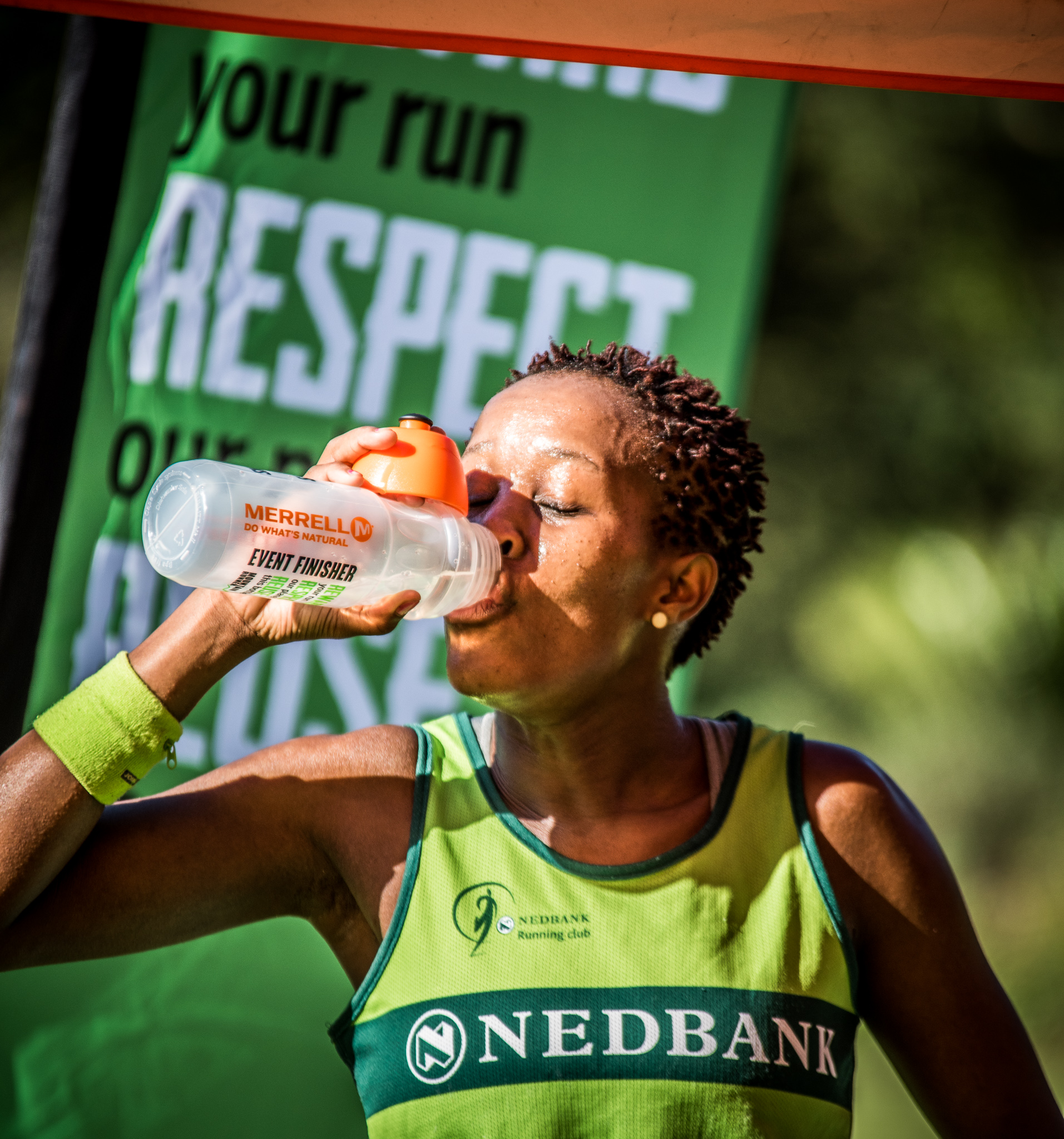 It’s the Gauteng race with the hills; a proper, technical, rocky trail that draws more and more runners to every event whether they cruise or curse their way up and around the 20km, 12km and 6km routes.

This Sunday all 622 finishers of the Merrell Autumn Trail Run at the pristine, litter free, Walter Sisulu Botanical Gardens were awarded a reusable bottle to fill with water or the ice cold, electrolyte enhanced, all natural Nuun drink on offer.

Mountain Runner Events has been serving drinks in enamel cups at their water tables for more than a year now and are happy to reduce race waste even further with this initiative.

“For four years we handed out Gidgitz bottle opener keyrings on lanyards as finisher medals which many people appreciated as functional medals and while evolving further it’s awesome to continue giving runners something they will use again.” Said race director Graham Bird.

Nuun is a hydration formula in an effervescent tablet form that comes in a variety of refreshing flavours. “The Nuun product complements our philosophy as we continue to attract healthy people who also respect a healthy environment.

All finishers at all of our events this year will receive these reusable bottles and hopefully, as a medal, instead of just hanging on a wall they’ll accompany the athletes on future runs.”

Gauteng speedster Tranquil Gumbo flew around the 20km course in just 1:30:57, taking 19 seconds off of Mapepane Mahlangu’s 2016 time. Incredibly, in both years, each winner came in around 8 minutes faster than the second placed male. Rizta Fouche led the ladies home in 1:57:58, a time which put her 12th overall. Phiweonkosi Mokoena won the 12km along with Shani van Wyk in times of 58:55 and 1:18:51 respectively while the 6km loop was dominated by the youngsters as the first four positions were taken by juniors, led by Ntokozo Mokwane who won in 29:08. Megan Bryer was the first woman in with 36:09.

Full results are on the website www.mountainrunner.co.za and images are up on their Mountain Runner Facebook page.

They are getting set for another one of their popular Merrell Autumn Night Runs at Delta Park on Wednesday the 15th March and will be back again for the Spring series in August.