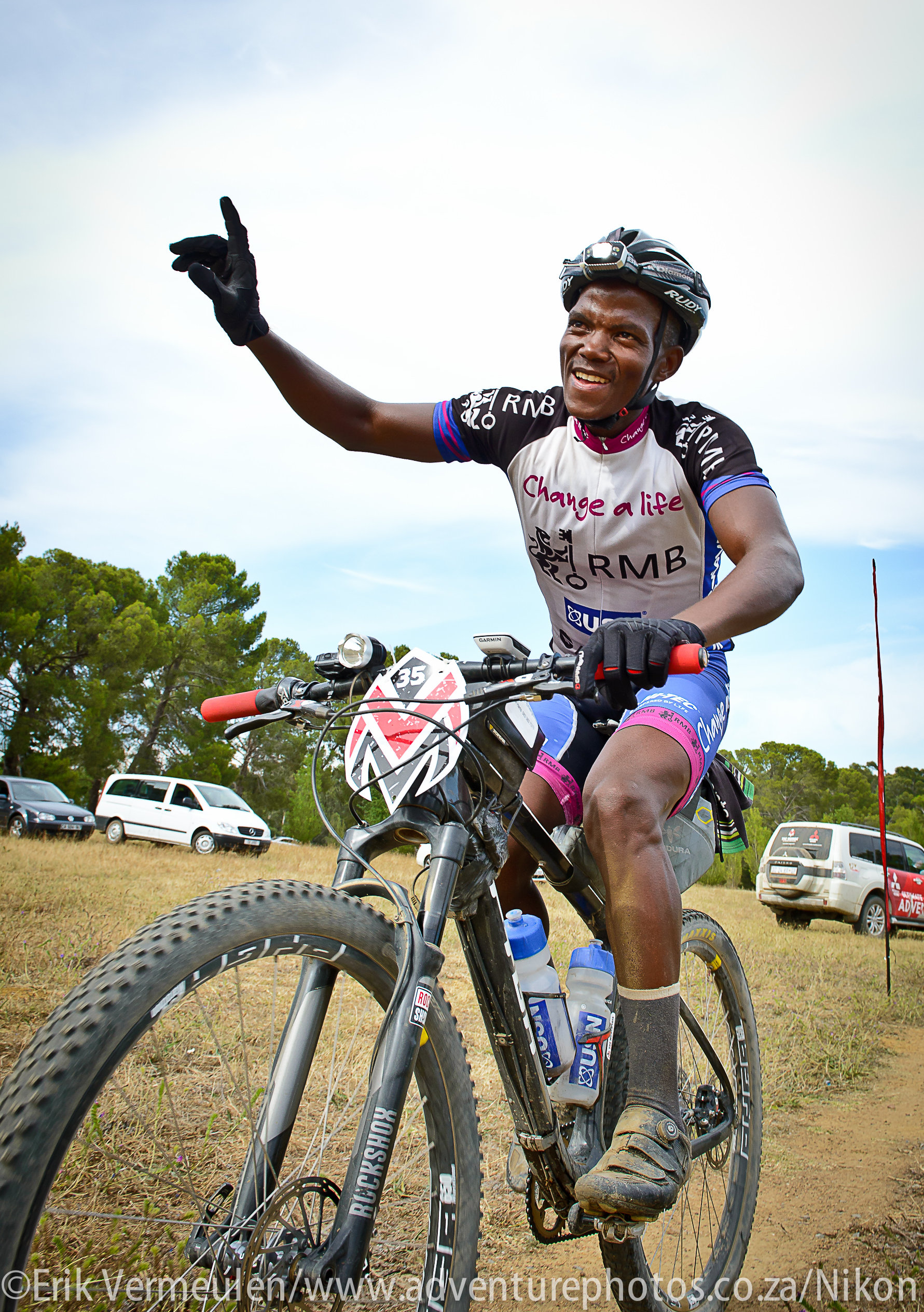 Durban – John Ntuli’s historic victory at the inaugural 1070km The Munga mountain bike race from Bloemfontein to Wellington on Saturday has reaffirmed his status as one of the finest endurance athletes in the country and further underlining a core ethos behind the RMB Change a Life MTB Academy.

Gracious and humble by nature, Ntuli’s uncanny knack of adapting into a relentless, determined competitor when put under race conditions has fittingly seen the man from KZN’s Valley of a Thousand Hills develop the nickname of ‘Ngwenya’ – isiZulu for crocodile.

And call on every ounce of crocodile instinct he had within him Ntuli was forced to do as he redefined his mental and physical boundaries en route to claiming victory in 69 hours and ten minutes.

“John’s Zulu nickname is Ngwenya, the Crocodile, because he is resilient, tough & powerful. How apt that name now is,” tweeted academy founder and Dusi Canoe Marathon legend Martin Dreyer.

Having successfully fought off not only his fellow dogged challengers but treacherous conditions and the event’s mind-numbing distance as well, the result goes to the very top of the pile of achievements for the already highly decorated competitor.

“I’ve won a couple of races in my career but this is the biggest race I have ever won!” said Ntuli.

“The Munga was such a difficult race because it was so long, it was very hot and dusty, we had to deal with headwinds and side winds all the time and we were in pain throughout, so it really is a rewarding result for me!” he added.

With victories in the latest Triple Challenge and recent Maqhwe Mfula multisport races as well having successfully tackled the 369km Desert Dash in Namibia in 2014, Ntuli drew confidence from both his training and strategy prior to Wednesday, 2 December’s race start.

All the preparation in the world couldn’t have readied Ntuli for what he was in for though, with the overall experience one that will stay with the RMB Change a Life star forever.

“My hands, my arms and my bum were so sore!

“I tried everything to get rid of the pain; I took my arm warmers off – and then my shirt as well – and sat on them but nothing helped!

“With about 270km to go I seriously thought about pulling out because I was so sore but eventually I told myself that everyone else was going through the same pain as I was and so I just had to keep going.

“When I finished I was so happy but so tired that when I got off my bike I was just swaying backwards and forwards,” explained Ntuli.

Lying second behind Chris van Zyl after the first twenty-four hours of racing, Ntuli went through the halfway point in the lead with Tim Deane after thirty and a half hours.

Later relegated to second place, Ntuli surged past race leader Grant Usher whilst heading through the Breede River Valley late on Friday night and ultimately crossed the finish line at Diemersfontein Wine & Country Estate in the Cape Winelands first, over four hours ahead of his nearest chaser.

The achievement signifies both Ntuli’s remarkable individual talent and the impact Martin Dreyer’s Change a Life Academy has had on the lives of its members.

“Martin (Dreyer) is so experienced and has given me such great advice and support that really helped me win this race and the Change a Life Academy has changed so much in my life as well and I’m very grateful to him for that!” said Ntuli categorically.