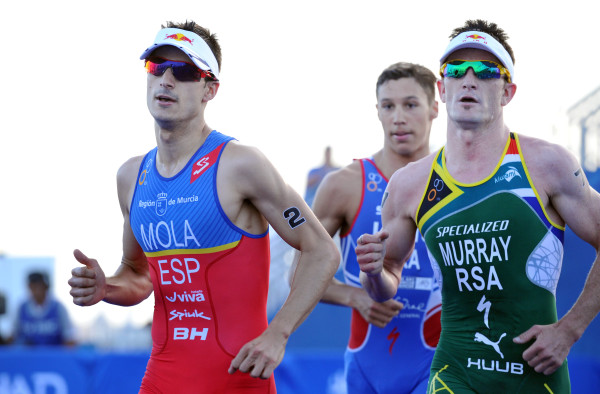 Richard Murray is eager to build on his strong start to the international season when he makes his debut at the WTS Gold Coast this weekend. Murray finished third in the opening WTS race of the year in Abu Dhabi and followed that up with his first World Cup win in New Plymouth.

Murray did not race in Auckland for the second WTS race, but is set to battle Javier Gomez, Jonathan Brownlee and Mario Mola again this coming Saturday. The Australia’s Gold Coast has already witnessed plenty of triathlon history. It hosted just the third ITU World Championships in 1991, before becoming the first Grand Final host when the World Triathlon Series made its debut in 2009. Now the host of the 2018 Commonwealth Games is back on the Series circuit this weekend, and all of the top ranked athletes are out to play.

So far this WTS season, the men have been mixing it up with a variety of fresh and familiar faces stepping up on the podium. The third stop on the 2015 calendar, expect another thrilling race from this list.

“I had a good block of training in Auckland. This will be my first Olympic distance race of the season. I’m looking forward to battle it out again with the guys,” said Murray. “It’s hot here in the Gold Coast and it will be a non wetsuit swim. There is some good swimmers on the start line and I’m sure the pace will be high. If there is a gap some work will have to be done on the bike but hopefully we won’t waste too much energy and will have good legs for the run.”

Murray was supposed to race here in 2009. “I decided not to come though because my swimming wasn’t good enough back then. Really happy to get another opportunity and am looking forward to some good racing.”

Added bonus for Murray is the availability of the Specialized crew at the event. “It helps a lot to have them here. Really adds value to my race preparation.”