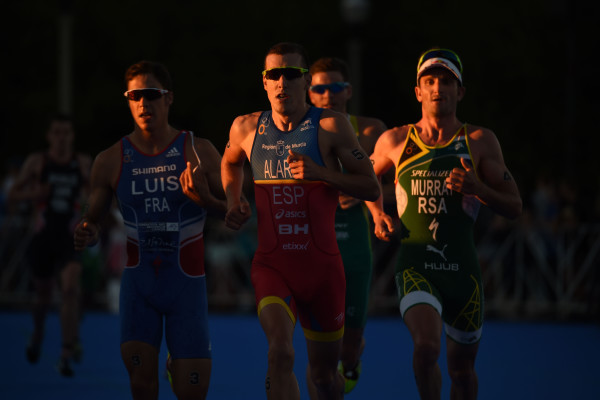 Murray had one of his worse swims this season and was almost a minute behind the leaders coming out of the water. That set him up for a big fight back on the bike. “I gave it my all. I decided it is not over until its over and I biked with everything I had on the day. I was very frustrated with the swim, because I have really upped my game in this discipline during the season,” said Murray. His time on the bike-leg was almost a minute faster than Mola and Gomez putting him back in contention for the final leg.

“After a bike leg like that, I must admit I wasn’t sure if I would have anything left for the last leg. But I kept fighting and am so grateful for my podium spot. Today I got the reward for determination. I finished third and bettered my fifth place overall in the world rankings from the past seasons to fourth this year. It was a great season and there is so many people to thank for their support and believe.”

Murray is not finished for the season yet even though the WTS is something of the past. He will be racing on 4 October at the Cozumel World Cup in Mexico and in the Bahamas on 4-6 November.